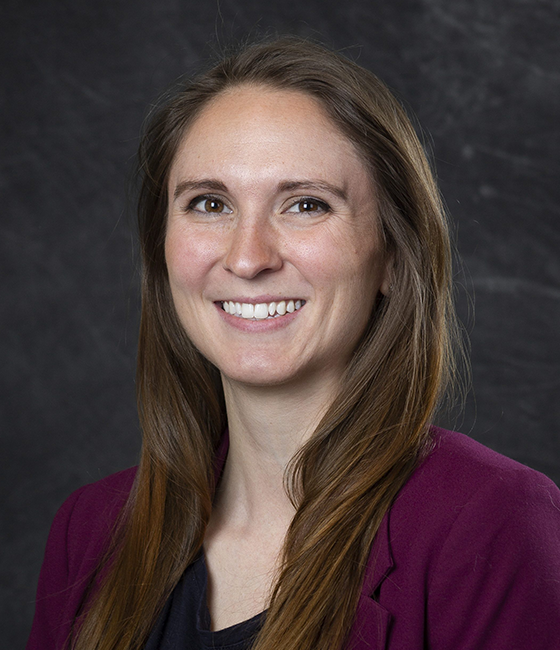 Director of Military and Veterans Services

If you have any questions about academic degrees, advisement about how to use your military credit to complete a degree at Missouri Western State University, or education benefits, please contact the Center for Military & Veterans Services:

Chelsey Clark graduated from Northwest Missouri State University in 2015 with her Bachelor’s in Psychology and a Minor in Military Science. At that same time, she was commissioned as a Medical Service Officer with the Missouri Army National Guard. Furthering her education, she received her Master’s in Public Health Administration in 2020 from Park University.
Chelsey’s military career began as a Field Medical Assistant with the 1-129th Field Artillery in Maryville. There she was in charge of a dozen 68W Medics. In the four years she spent with the unit, she was responsible for the health and welfare of over 500 soldiers, participating in annual training at places such as Camp Ripley Minnesota, Fort Riley Kansas, and Fort Carson Colorado. Additionally, the medic section participated in “MO Hope”, a 3-day disaster response exercise teaching nursing students how to quickly respond to mass casualty events in disaster situations. She also worked full-time at the Missouri National Guard headquarters in Jefferson City in the Sexual Harassment & Assault Response and Prevention office, ensuring soldiers throughout the entire state received the care they needed.
In 2020 Chelsey was transferred to the 35th Combat Aviation Brigade in Sedalia, MO where she was responsible for coordinating Air Medical Evacuation from point of injury to the appropriate hospitals. Earlier this year she accepted a position with the 229th Multifunctional Medical Battalion in Fulton, MO where she was promoted to the rank of Captain.
In her civilian life, Chelsey worked for many years housing homeless veterans in Kansas City & Leavenworth with the Salvation Army. She currently owns and operates The Fields Paintball in Maryville, MO. She loves to travel and backpack with her husband, 8 year daughter, and their dog. Her favorite places to hike include: The San Juan Mountain, Ozark National Trail, and The Grand Canyon.