Chat with us, powered by LiveChat

Hundreds Gather to Celebrate Arrival of Video Board 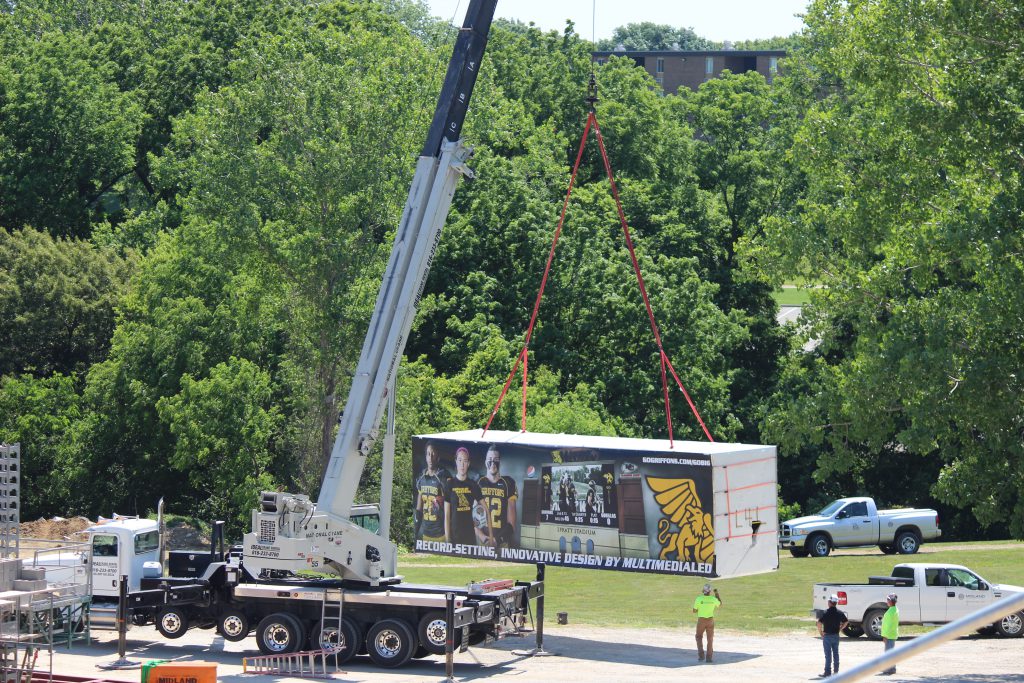 After a 1,600-mile journey from southern California, components for what will be one of the largest video scoreboards in Division II arrived at Spratt Memorial Stadium the morning of Thursday, June 9.

More than 200 people gathered for a celebration and press conference inside the Hall of Fame Room of the newly renovated stadium. Eight flatbed trailers were used to bring the components to St. Joseph from Multimedia LED in Corona, California.

The project is the capstone of what will be an estimated $10.4 million renovation to the stadium complex. The video board portion was made possible by a $1.1 million gift by Steve Craig, MWSU School of Business benefactor and CEO of Craig Realty Group. The gift was the largest individual donation in the history of Griffon Athletics. In honor of his continued support of the University, the new playing surface was dedicated as Craig Field in 2015. The rest of the $2.6 million video board project was funded by other private donations and part of the University Centennial Capital Campaign.

The entire project is expected to be complete in time for the 2016 Griffon football opener on Sept. 1.