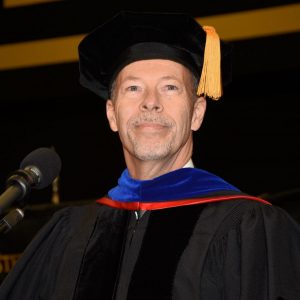 “During a time of transition and unprecedented challenge, Doug has provided outstanding leadership,” said Dr. Elizabeth Kennedy, Missouri Western’s president. “Not only is he part of the team that has found creative solutions to the challenges we faced, he has overseen many of

the strategic initiatives that will help lead Missouri Western into the future.”

Davenport came to Missouri Western in 2015 as associate provost for research, planning and institutional effectiveness. He became interim provost in July 2018, and was named to the post on a permanent basis a year later.

“I knew from the moment I interviewed here that Missouri Western was the place for me, and that has absolutely proven to be the case,” Davenport said.

As Missouri Western’s top academic official, Davenport led Missouri Western’s pivot away from face-to-face learning during the COVID-19 pandemic, and has led the planning efforts for the University to return to a more traditional on-campus environment this fall. 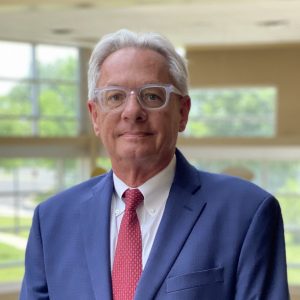 Manganaro has more than 25 years of experience in higher education administration. Most recently, he completed a 16-month appointment as interim provost at Spring Hill College in Mobile, Alabama. He served for five years as provost and vice president for academic affairs and one year as special advisor to the president at Loyola University New Orleans. He has also held administrative and faculty positions at Gonzaga University and Rutgers University-New Brunswick and served as a consultant on academic program initiatives at Balamand University in Lebanon.

He started his duties at Missouri Western on June 21.