Missouri Western’s spring break 2020 began on March 9 before the COVID-19 pandemic halted activities and travel, and several student groups and faculty members were able to enjoy educational and/or service opportunities.

Dr. Ashley said the TCCF is dedicated to preserving Tumbling Creek Cave, a National Natural Landmark known for its pristine cave formations and cave life. The cave is considered to have the highest biodiversity of any North American cave found west of the Mississippi River. Meyers Glade, recently acquired by the TCCF, is located on the land surface directly above the major passages in Tumbling Creek Cave and has had little management in the past 10 years.

Dr. Ashley noted that Missouri glades, which consist of shallow soil layers and exposed bedrock that produce a mostly treeless arid environment very similar to deserts of Arizona and Texas, all face the risk of being overgrown with invasive cedar trees. So the Missouri Western team spent part of their spring break cutting, felling and burning the cedars in an effort to restore the glade. Dr. Ashley said he estimates they spent about 250 person-hours on the job.

“Having the opportunity to do that kind of real-world wildlife management at such a well-established facility like the Ozark Underground Laboratory is priceless,” student Jeremy Reynolds said. “You get the feeling that you are part of a legacy while you are there and the work, while hard, was extremely gratifying.”

Students also visited The Momentary, a new contemporary art space, where they viewed State of the Art 2020, an exhibition presenting insight into what’s happening in the art world right now. Other stops included the 21c Museum Hotel in Bentonville and the Precious Moments Chapel in Carthage, Missouri. The trip was made possible by generous support from a Missouri Western Arts Society grant and the Applied Learning Fund. 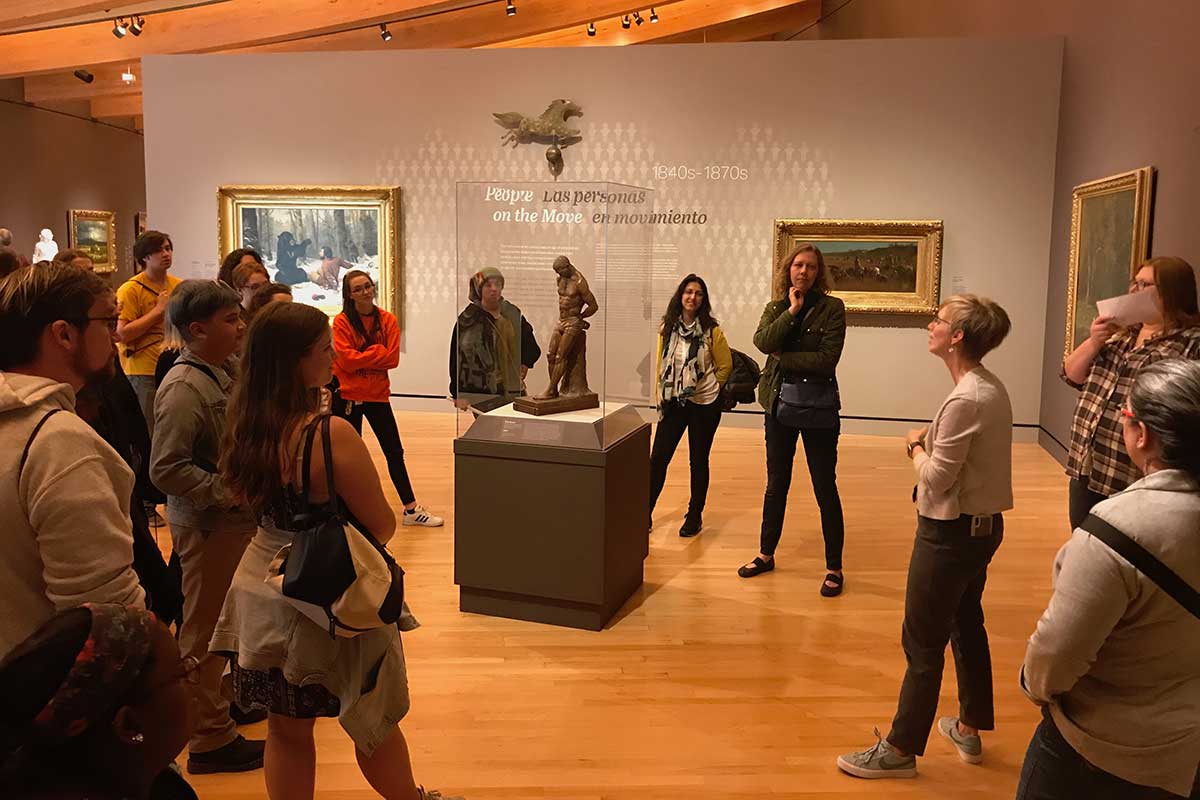 Dr. Dan Shepherd, associate professor of education, spent his entire spring break in Bangladesh serving his church. He and six others traveled to the country to introduce the residents there to Christianity.

Dr. Shepherd’s brother, a minister in the Detroit area, had traveled to Bangladesh several times before and talked to Dr. Shepherd about his experiences. When it happened that his brother’s trip coincided with Missouri Western’s spring break this year, Dr. Shepherd jumped at the opportunity.

“I wanted to see for myself the amazing outcomes he has been experiencing,” Dr. Shepherd said. “And it was unlike anything I had ever experienced.”

Dr. Shepherd said the group traveled around visiting with the Bengalis, who are primarily Muslims, telling them Gospel stories. “When we asked if they wanted to hear more, they always said yes.”

He saw many people convert to Christianity that week, and the significance wasn’t lost on him when one day he found himself talking to a group of 12 fishermen. “Of course, I told them about Jesus the fisherman.”

Dr. Shepherd said there was nothing “comfortable or convenient” about their accommodations. He said the last thing a nurse in the United States told him before he left was “don’t get bitten by a mosquito,” but the first night he probably got 30 bites. “But I had had my malaria shot,” he noted. 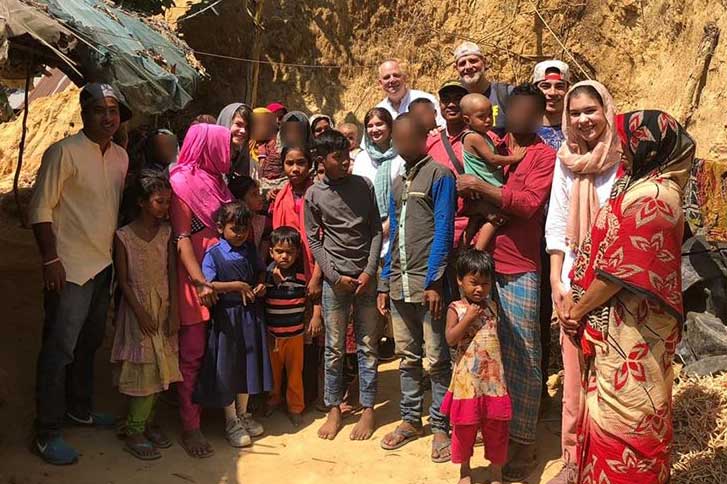 Griffon Media students Zoë Jones, Alicia Otto ’20, Christian Sarna and Kathleen Woods, along with their advisor, Dr. James Carviou, traveled to New York City over spring break to attend the College Media Association Spring 2020 Conference. The Griffon Media team presented two sessions – Otto and Sarna presented Yearbook Editor Playbook: How to Manage Your Staff Amongst the Chaos of College Life, and all four students presented We’re Growing in the Wrong Direction: How to Handle a Small Staff in Your Student Media. Additionally, the students and Dr. Carviou facilitated an open yearbook forum.

While at the conference, they received the following awards:

Additionally, Otto received a Board Citation for her work designing the conference’s marketing brochure and program.

The students also had the opportunity to attend several Broadway shows, including Moulin Rouge, Phantom of the Opera, Mean Girls and Book of Mormon. They also attended a monologue rehearsal and the live show, “Late Night with Seth Myers.”

Otto noted that the students worked on videotaping projects while there, and they came home with some unique footage of New York City.

Dr. Tilottama Roy, assistant professor of biology, and student Shawn Boss spent part of their spring break at the New York Botanical Garden (NYBG) collecting samples from dried preserved plant specimens for their ongoing research in the lab on campus.

Dr. Roy’s research focus is on understanding the evolutionary relationships and diversification of two groups of plants: the mints, belonging to the plant family Lamiaceae, and the false foxgloves, belonging to the plant family Orobanchaceae. She said the herbarium at the NYBG, one of the largest in the world, is a repository for a wide variety of dried plant specimens, including the ones in her research. She and Boss spent two days there collecting approximately 40 samples and brought them back to campus.

She noted that the majority of the false foxgloves are federally listed as endangered, so studying and understanding their evolutionary patterns will help determine future conservation measures.

Dr. Roy, Boss and two other students, Benjamin Bashaw and Lyndsay Lamey, recently published a paper about their false foxgloves research in a peer-reviewed journal, BIOS. Dr. Roy noted that their study was the first published research to date on the diversification of the false foxgloves in temperate North America and their migration to the Midwest.

“I actively involve undergraduate students in my research, and I am always on the lookout for opportunities for them to have more exposure and firsthand experience even beyond campus,” Dr. Roy said. “So I wanted my research student who is involved in the project on false foxgloves to travel to NYBG to get first-hand experience.”