Student Regents/Governors: Where Are They Now?

Student Regents/Governors: Where Are They Now?

This is the first of a series to catch up with former students who served as the representatives on the Board of Regents or Board of Governors. It’s fitting that Bob Hughs ’06, is kicking off the series, because he served 2004-06, one year as the last Student Regent and one year as the first Student Governor as the college transitioned to a university. He is currently a member of the Alumni Association Board of Directors. 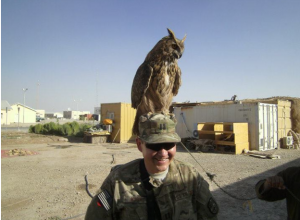 Q. How did Missouri Western prepare you for your career?
A. The ability to conduct research and the opportunity to hone my leadership abilities prepared me for my military duties that led me to my present job as a defense contractor.

Q. Talk about your experience as a student regent/governor; what stands out?
A. Harnessing the energy and background of many students, we hand-delivered letters to every state senator and representative in Jefferson City to ask for their support in making Missouri Western a university. I was able to meet and gain the support of a core student team of about 20 students inspired by the vision of “It’s All About U” and they worked tirelessly toward that goal. For instance, Brian Parrish ’05 helped me solve the whole computer issue and letter generation. After the bill was passed, the students returned to Jefferson City and delivered thank you cards to all those that supported and opposed the bill, and invitations for all to visit campus.

Q. Talk about your family.
A. My wife, Jennifer, is a 2003 graduate and we have four children: Dylan (15), Aubrey (12), Evan (9), and Owen (8). Dylan was a baby when I was finishing up at Missouri Western and would often be on campus when I was running around.

Any other comments?
The list of faculty that gave me the chance to succeed is long. Dr. Bill Church would be the first who made an impact on my success. After returning to school full time in 2004, Dr. Reza Hamzaee and Denise Smith gave me the chance to do research that not only funded my education, but gave me the chance to present at conferences and get published. Tom Williamson mentored my leadership to the school and prepared me as an officer in the Air Force. Dr. Jim Scanlon, Beth Wheeler, and the University front office were faithful to my dedication to the school and my community. Just as in the military, great personnel makes the mission great.

What is the last book you read? “A Higher Call: An Incredible True Story of Combat and Chivalry in the War-torn Skies of World War II,” by Adam Makos with Larry Alexander.

What would your autobiography be called? “There Must Be a Pony in Here Somewhere!”

What is your favorite movie? “Rocky.”
What is something about you that

would surprise most people? I still have the card from the Barbara Sprong Leadership Challenge where everyone wrote what they thought of me.

If you were a former Student Regent or Student Governor, contact Diane Holtz at holtz@missouriwestern.edu to be a part of this series!