Most people would say that a benefit of living in a college town is the number and variety of events offered for the community, and in that regard, Missouri Western does not disappoint. A look back at the past year of events that were open to the community reveals everything from theatre productions, interesting speakers and entertainers, great sporting events, and opportunities to learn about international cultures. 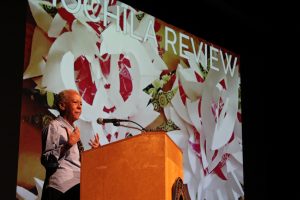 Giovanni, a University Distinguished Professor at Virginia Tech, is an American poet, writer, commentator and activist. 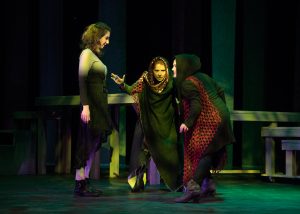 which is held in the fall.

Kurt McGuffin, athletic director, calls the Department of Athletics the University’s “front porch,” and he said he loves to see the community support the sports teams and attend athletic events. 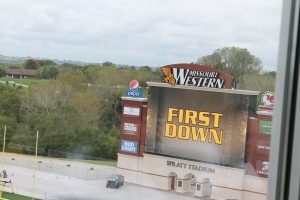 Additionally, the newly renovated Spratt Memorial Stadium with a large video scoreboard debuted this past fall and greatly enhanced the fan experience for football and soccer games, McGuffin said.

For the first time, the Department of Art hosted an entrepreneur speaker series, Name Your Path: Prep Art Career. The series featured a different entrepreneur each month throughout the spring semester. Several other academic departments hosted guest speakers on a wide 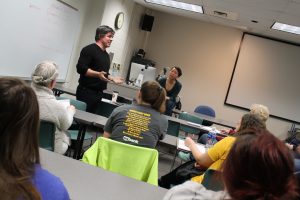 variety topics throughout the year.

Besides theatre productions and athletics, the majority of community events are planned by three offices on campus: the Center for Multicultural Education, the Center for Student Involvement, and International Student Services.

The International Fair, hosted by International Student Services last fall, drew almost 600 attendees, which included a large number of families from the community. At the fair, international students from 38 countries set up displays and served cuisine from their home countries. 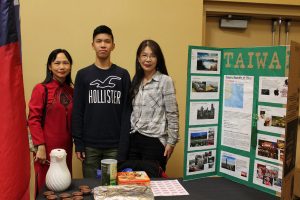 Cheever said when planning events, their office tries to find a balance between fun and educational, and almost all their events are open to the community.

“People in the community tell us they look forward to our events,” she said. “When local people come see the students and ask questions, that means a lot to the students.”

The Center for Student Involvement, led by Isaiah Collier, assistant dean of Student Development, oversees the Greek social organizations, the Western Activities Council, and the Nontraditional and Commuter Student Center.

Although the Center for Student Involvement focuses on events for students to help them stay actively engaged on campus, Collier noted that almost all are open to the community.

“It’s a great opportunity to build bonds and strengthen ties in the community,” he said. “The community gains a lot when they interact with students.”

He said he also likes to see community members have a chance to check out the campus and see what has changed since they last visited.

One successful event that was open to the community last fall was a Standing in Your Truth lecture series. Speakers included Michael Sam, the first openly gay NFL player; and Brian Banks, who was 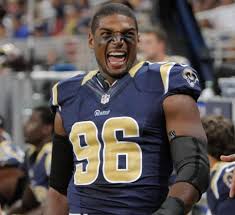 falsely accused of rape and spent five years in prison.

A big weekend for the center is Family Weekend, when students’ families are invited to visit. Last fall, the weekend included a carnival, planetarium shows and a football game. Comedian Jeff Scheen performed on Friday evening of that weekend. He was one of several novelty acts that the center hosted last year. This spring, the center also hosted Griffopolooza Comedy Show.

The annual spring concert at the Civic Arena is another event for both students and community members. In April, American Authors and X Ambassadors performed, and past performers have included Maddie & Tae, Ludacris and Brycevine, Sara Evans, Puddle of Mudd, Saliva, and Blake Shelton.

Latoya Fitzpatrick, director of the Center for Multicultural Education, said they are always happy to see community members attend their events. Planning a wide variety of events that represent several cultures, Fitzpatrick says their focus is on education.

At the start of the school year in 2016, the center hosted Finding the Faith, where churches from the community set up displays in the student union so students could explore churches in the community. That was the second year the center had hosted the event, and Fitzpatrick said it w 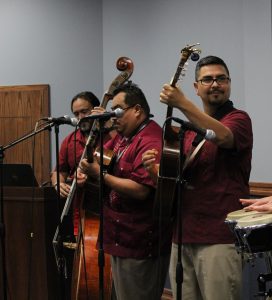 as a big success, regarding both student attendance and the number of churches that participated.

“They all represent groups on campus, and we want them to feel included,” she said. “We want them to know that the campus cares about their cultures.”

The events, she said, also help students interact with people from the community. “Any way we can make those connections happen is beneficial.”