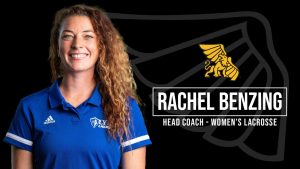 Lacrosse Coach Named
Rachel Benzing was hired as the head coach of Missouri Western’s newest sport, women’s lacrosse. Benzing brings experience in the region as a student-athlete and coach in addition to experience starting Division II women’s lacrosse programs in the midwest region.

Benzing comes to MWSU after helping usher in women’s lacrosse programs at Lynn University and Maryville University. She spent two years at Maryville before moving on to help build the program at Lynn. After two seasons as a lacrosse student athlete at University of Maryland Baltimore County, Benzing finished her playing career at Lindenwood University where she was a two-time All-American.

Benzing also served as head coach of the St. Louis Samurai and St. Louis Lacrosse Club from 2017-19. She received a Bachelor of Arts in English Literature and a minor in nutrition from Lindenwood in 2017. 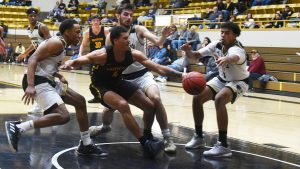 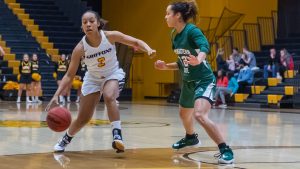 Women’s Soccer Recognized for Sportsmanship
For the sixth consecutive year, the women’s Griffon soccer program received a Team Ethics and Sportsmanship Award from the United Soccer Coaches Association. The Griffons received the silver award for exhibiting fair play, sporting behavior and obedience to laws of the game.

The Team Ethics and Sportsmanship Award is given to United Soccer Coaches members at four levels. Teams honored at the platinum level went an entire season without a player or coach receiving a yellow card or red card. Teams honored at the gold, silver and bronze levels are based on a percentage calculated by the total number of cards received by players and coaches divided by the team’s total number of games played. One hundred forty-three teams were recognized through this set of awards for their efforts.