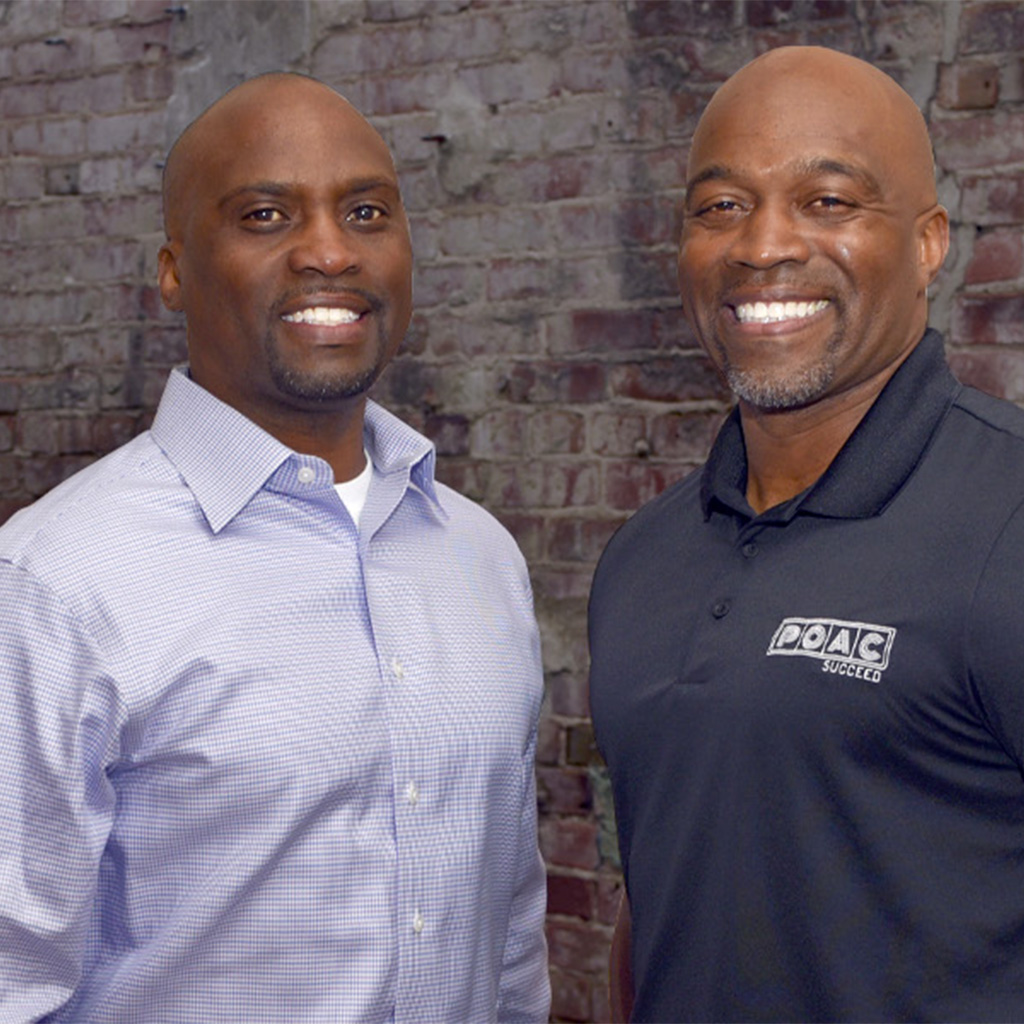 Jason and Jamie Grayson both graduated from Missouri Western in 1998. While life has taken the twins down different paths, they both show a commitment to serving the community and a dedication to their alma mater.

Jason currently serves as the human resources director for Tyson Foods and serves on the Missouri Western Foundation Board and United Way Board. Jamie recently retired from the banking industry and currently serves as the executive director/founder for People of All Colors (POAC) Succeed – a non-profit organization that works with schools and businesses as a “pillar for change in Kansas City.”

Having grown up in Plattsburg, Missouri, Jamie and Jason were recruited to participate in athletics at several universities, but they both chose Missouri Western. They had a dream to play sports together at the same school, and when they came to Missouri Western, they discovered that it was more than somewhere to play sports together. “Missouri Western was like a family. The vibe and family atmosphere is something that I gravitated toward,” Jamie said. “You’re not just a number,” Jason added. “You have an opportunity to forge relationships with the faculty and staff. Still to this day, I talk to some of my professors and it’s exciting to see they still remember me.”

Relationships are what Jason and Jamie are all about. They both spent four years at Missouri Western playing football (both as wide receivers), forging relationships with faculty and staff, and forming a brotherhood with their peers. “Leadership is all we know,” Jason said. “Be it on the football field or in the classroom, leadership is something that was instilled in us. It’s what we do to this day.” Now, they are both leaders in different aspects – Jamie through his position at Tyson Foods and on his Boards, and Jason through the development of POAC Succeed.

“We were taught by our mother from a very young age that we were blessed with a lot of things and it is our responsibility to give blessings to others, to give back,” Jason said. “It’s something that I want to make sure my wife and I teach our kids.” Jamie echoed the importance of giving back: “We were born and raised to give to the community. What people see me doing today is actually what we were raised to do. One of the biggest awards I’ve received is actually the Martin Luther King, Jr. Drum Major for Justice award back in 2010.”

But relationships aren’t all that Jamie and Jason gained during their time at Missouri Western. “Missouri Western has allowed me to become the person I am today,” Jamie said. “I’ll put my degree up against any institution. It’s prepared me for the work I’m doing in the community, and in the banking industry I recently retired from. I’m very proud to say I’m a Griff.”