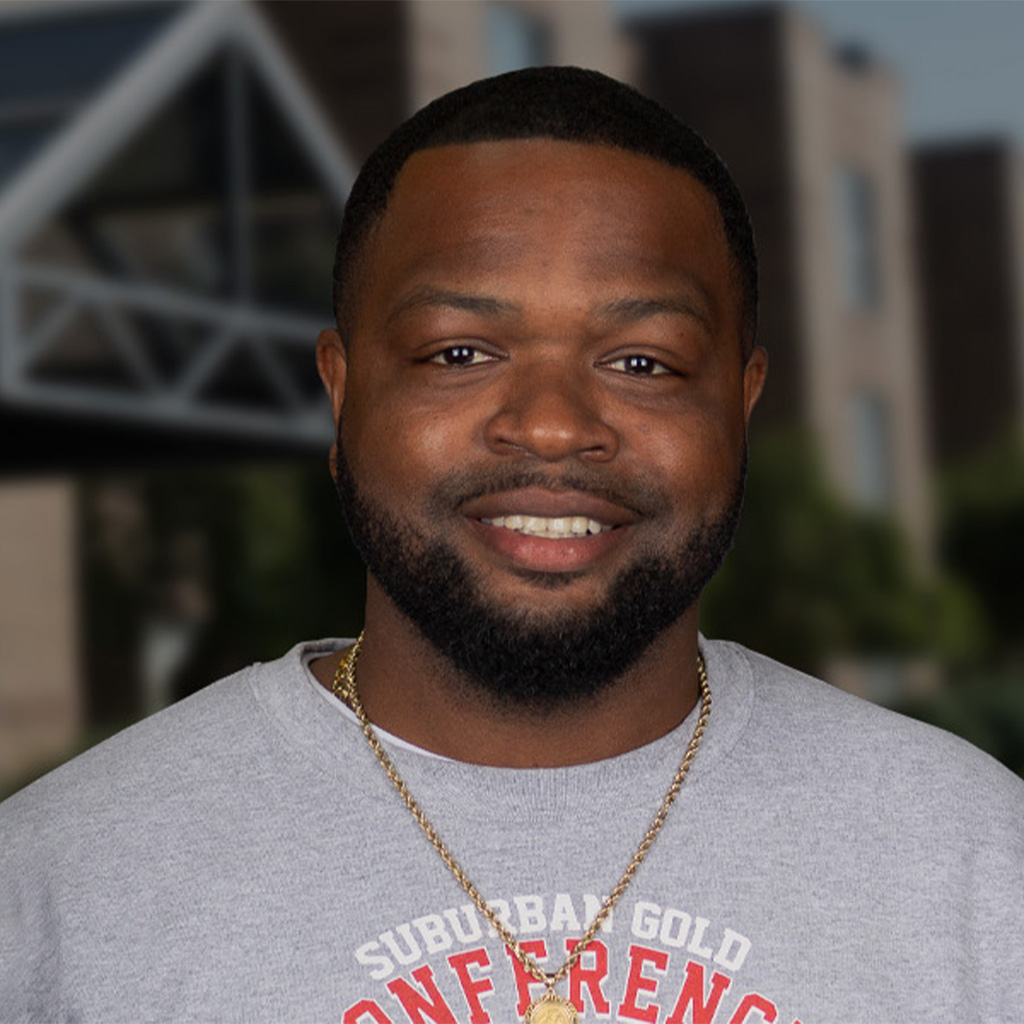 Born and raised in St. Joseph, Malkaam Muhammad wanted to expand his horizons after he graduated from high school. He attended a university across the country where he played football and pursued a degree in communications. After earning his first bachelor’s degree, he moved to Kansas City to coach youth sports. After chasing that dream for a while, he chose to return to St. Joseph to be near family and chose to return to Missouri Western to pursue a second degree in physical education. “I could have chosen any school to get my second degree,” Muhammad said. “But after talking to alumni and other students, it was just a no-brainer [to choose Missouri Western].” Muhammad loves coaching football and plans to become a PE teacher and coach after graduation.

Muhammad doesn’t just have the one goal, though. He wants run his family’s food truck. In 2002, Muhammad’s parents opened Big Daddy & Son’s BBQ – a food truck that has gained popularity with St. Joseph locals over the years. He spent his childhood helping his parents run their food truck at festivals and other events. As he got older, he developed more of an interest in sports and became less involved with his parents’ business. As he returned to his hometown in his 20s, he redeveloped his interest in helping with the food truck, and he actually bought the business from them.

While he began his education at Missouri Western with the goal of becoming a PE teacher and coach, he has found his way into entrepreneurship. He discovered that Missouri Western has a support system for each of his diverse passions. “You need someone in your corner that is an expert and is knowledgeable,” Muhammad said. “Especially when you have a plan, but don’t know how to execute it.”

His Missouri Western professors and mentors have been in his corner from the beginning. No matter what he needs help with or has questions about, Muhammad can find someone on campus who is willing to provide assistance. On campus, Muhammad said, there are “always good people. You can walk up and talk to any stranger and it’s always welcome.” The support system at Missouri Western has been instrumental in Muhammad’s success, and he is very appreciative for the people he has met and the knowledge he has gained while he has been here.