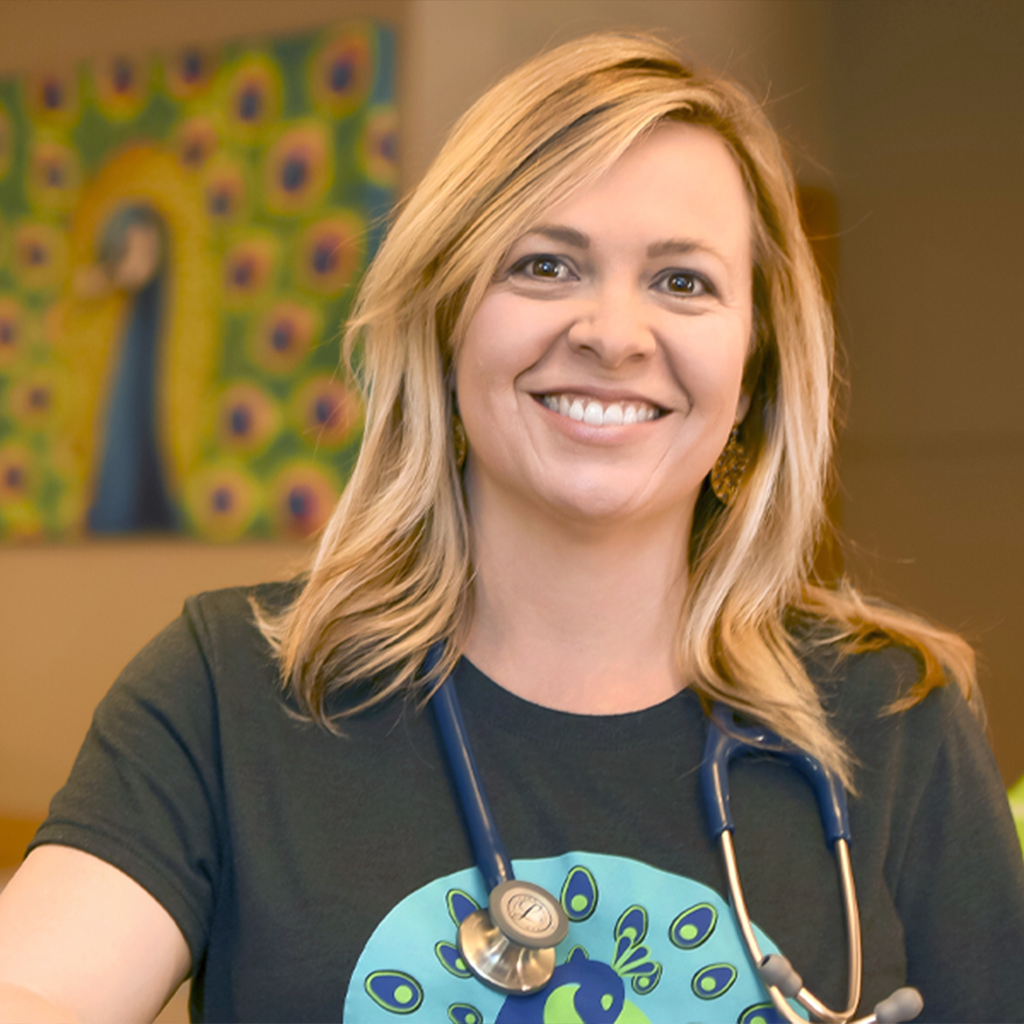 Dr. Michelle Cebulko ’93 is the cofounder of Peacock Pediatrics in St. Joseph which opened in summer 2020. She has more than two decades of experience in pediatric practice.

Cebulko attended Missouri Western because she wanted the feel and experience of a smaller school. She loved her time at Missouri Western because of the small class sizes and the ability to work closely with her professors. She was able to participate in Chemathon and publish a research paper during her undergraduate years – experiences she may not have had in larger schools.

After earning her bachelor’s degree in biology from Missouri Western, Cebulko applied to medical school at the University of Missouri with the encouragement of the faculty within the biology program.

“I was extremely nervous to start medical school from a smaller college. I wasn’t sure if I would be able to compete with the kids who had gone to Wash U and Mizzou. There was a guy from Harvard in our class,” she said. “But I was just as prepared as them and even more so in some instances. I had a really good foundation and I didn’t have any debt when I started med school.”

The foundation of a Missouri Western education enables graduates like Cebulko to go anywhere. She attended medical school at Mizzou and then completed her residency in Kansas City. Ultimately, she returned to the St. Joseph area in the mid-2000s and has called it home ever since.