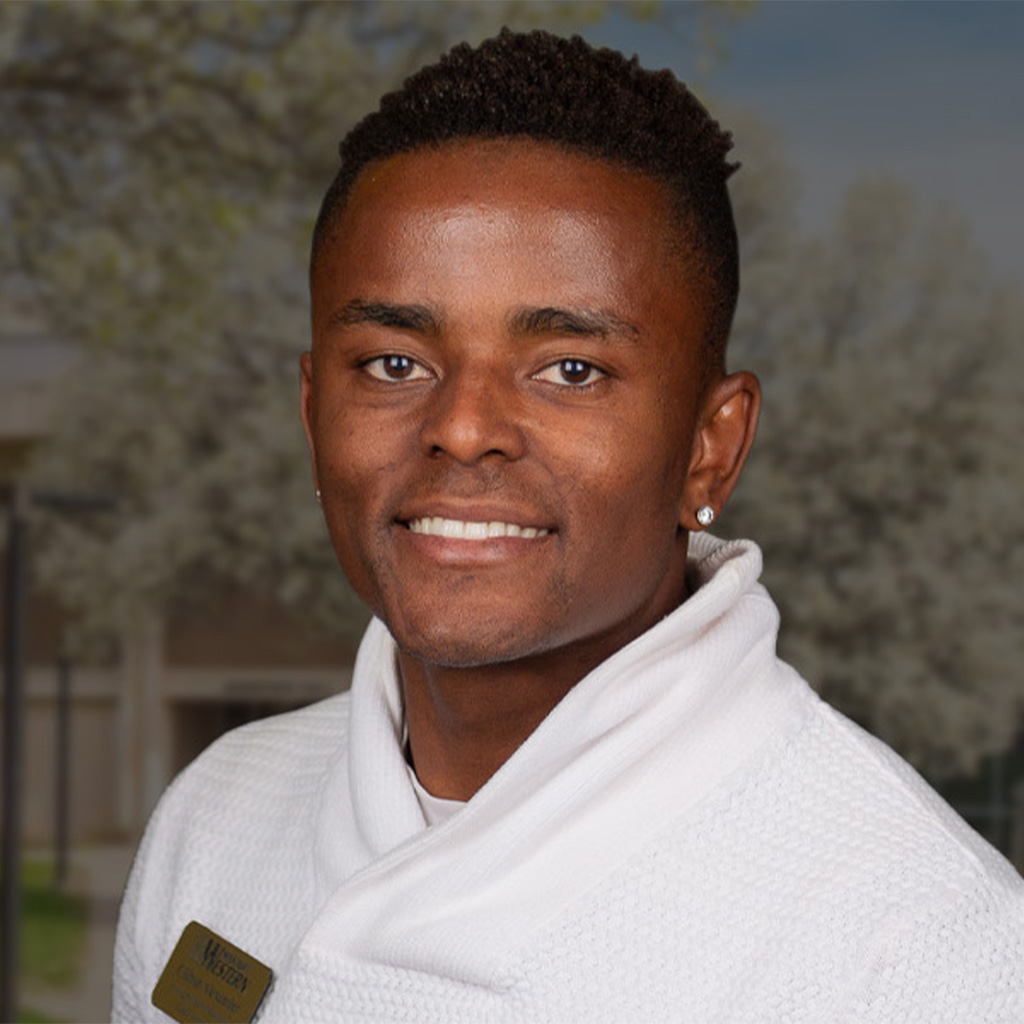 Clifton Alexander is a self-described “man of opportunity” – if an opportunity presents itself, he’s going to take it. That’s how he came to pursue his MBA at Missouri Western.

Originally from Haiti, Alexander and his four siblings were adopted by a couple who brought them home to California in 2010. Through hard work, determination and a strong support network, Alexander graduated from high school and went on to pursue his bachelor’s degree at the University of California, Irvine. After graduating from UCI, Alexander had a serious question to ask himself – was he ready to enter a career, or did he want to continue his education?

At that point he spoke with longtime family friend Steven L. Craig – namesake of Missouri Western’s Craig School of Business – who told Alexander about Missouri Western and the great opportunities that awaited him. Alexander jumped on the chance to try something new.

“One advantage to coming here [to Missouri Western] is that I can get that one-on-one time with professors when I’m struggling or have questions,” Alexander said. “That’s one big difference from back in California.”

After graduating from Missouri Western, Alexander wants to return to Haiti to open a restaurant. “Getting my MBA, I’m learning a lot about the business industry that I didn’t learn when I was back in California.” Missouri Western’s MBA program is giving Alexander opportunities to learn, network and gain experiences that he would not have had at other universities. “Campus is so friendly, so welcoming,” that although Alexander has only been attending classes at Missouri Western for a short time, he always has someone to stop and talk to as he walks across campus.

As the self-described “man of opportunity” that Alexander is, he feels fortunate to have jumped at the chance to experience something new in Missouri – an experience that is far removed from the life in California that he’s known for more than a decade. And he is looking forward to the opportunities that he will have in the future because of the education that he is receiving in Missouri Western’s MBA program.