The goal of my work is to bring light to demographics which have been traditionally stifled in the realm of fantasy. The genre has, ever since its inception, been predominantly white and male. I want to contribute to the shattering of this typicality that has already begun taking place. While already doing my part as a woman creating fantasy artwork, I also want to give representation to all different kinds of people.

I am very detail oriented and despite working in fantasy, I have a desire to make my work believable. I tend to draw guidelines from real life. I use the rules of Earth’s geology and geography when formatting a map. I also draw inspiration for landscapes and fashion from the real world.

These selections of my work were chosen with a sort of “one of everything” kind of approach. Fantasy as a genre typically includes a step called world-building wherein an entire world is built from scratch, from the geology to the cultures and peoples inhabiting it. This selection of work indicates three different steps of the visual process of world-building. There is a map, an image of a landscape within that map, and an image of a person who may inhabit it. 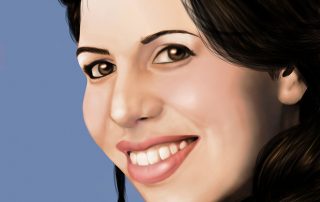 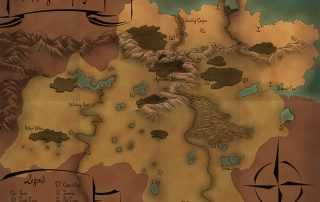 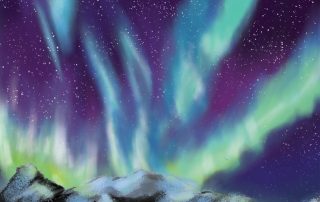