The day Tina Brinton ’76/’89 passed her nursing boards with her associate degree, her colleague in the intensive care unit at St. Joseph’s Hospital in St. Joseph, Missouri told her she was taking a two-week vacation, starting the next day, so she wouldn’t be there to help Brinton learn the ropes. 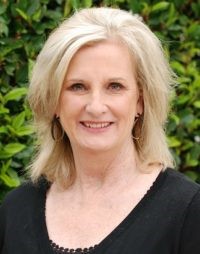 “It was baptism by fire, but I loved every minute of it,” she said.

Ever since then, Brinton never stopped stepping up into increasing responsibilities and moving forward. Today, she is a founding partner and chief operating officer of Dynafios, a company headquartered in the state of Washington that provides advanced analytics and consulting to healthcare systems across the United States.

Brinton continued to work at St. Joseph’s for several years, and in the fall of 1986, Missouri Western began offering a bachelor’s degree. By then, she was in a management position at the hospital and wanted to earn the higher degree.

“I had the best experience at Missouri Western. It wasn’t just about memorization; they really wanted you to learn,” she said. “I asked a lot of questions, and no was ever annoyed with me.”

Brinton said she still remembers how the football players (were) volunteered to be the nursing students’ test subjects for inserting IVs and injections. “I’ll never forget trying to put an IV in a huge linebacker,” she said with a laugh. “But they were so kind.”

She noted that in both the associate and bachelor’s programs the faculty members made her appreciate the opportunity and the obligation of nursing. “I owe the success that I’ve had to Missouri Western,” she says. “It really prepared me.”

Several years into her nursing career, she became a senior consultant and partner in two consulting firms before co-founding Dynafios with Steve Elliott in 2004. The name was derived from dyna, meaning power, and fios, meaning knowledge.

She explained that the company works with hospitals and healthcare organizations, arming them with data so they can reduce costs and increase quality. The company has created two software products to that end.

“I’m still a nurse, but this allows me to do nursing on a much larger scale. I’m affecting thousands and thousands today. It’s so gratifying that a person from a small town in Missouri can impact thousands.”