It’s all about helping people.

Drew Fisher ’11, Daniel Heidtbrink ’13, Denise Price ’10 and Jacob Wharton ’12 work in four different areas of the counseling field, but they say the opportunity to help people is the main reason they do what they do.

For Drew Fisher, the shingle is up and the counselor is in. The Weston, Missouri native opened a full-time counseling practice in St. Joseph this past spring. 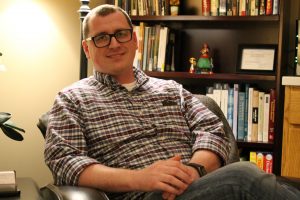 Fisher, who was director of counseling at Northwest Missouri State University’s former Missouri Academy, always knew he wanted to have a private practice. So in February 2016, in addition to his full-time job, he began working in the evenings for a local counseling center in Frederick Towers. That experience helped him learn the business side of running a private practice, he said, and in the spring of 2017, he moved to a new space on Beck Road and began working full-time on his own.

His broad range of clients include adolescents, terminally ill patients and married couples. As a former Marine, he said he is also pleased to have some veterans among his clients.

“It’s rewarding to meet people, get to know them and help them,” Fisher said.

When he was a child, his mother was a nontraditional student at Missouri Western, so enrolling after his service to the Marines seemed like a natural choice. The psychology major believes Missouri Western did a good job of preparing him for graduate school, and he appreciated his research experience in the department.

After earning a master’s in counseling and guidance degree from University of Missouri-Kansas City right after Missouri Western, he was hired at Northwest in 2014, working with high-achieving high school students.

“My goal has always been to make the world a better place. I want to help people cope with hard times, to alleviate their pain and help them make a more productive live for themselves.”

As a freshman at Missouri Western, Daniel Heidtbrink said he was “about as undecided as you could be,” but he did know that he wanted to work with people and help them. He decided to double major in sociology and psychology, and a counseling class in one of his last semesters helped him determine his 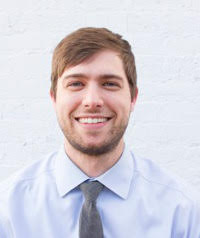 “Midway through the class, I started asking professors and Dave Brown ’75 (director of Missouri Western’s counseling center) about the counseling field,” Heidtbrink said.

After earning a master’s in counseling with a mental health emphasis from MidAmerica Nazarene University in 2015, Heidtbrink, a native of Ridgely, Missouri, started working for Comprehensive Counseling Solutions, Inc. in St. Joseph.

Most of his clients are juveniles from the Buchanan County Juvenile Office. He enjoys that age group, but says it can be challenging because the counseling is mandated for most of them. He has worked with some of the juveniles for more than a year.

“What I enjoy the most are the moments when you are working with someone and they ‘get it.’ They have an insight and you can see that switch flipped. That makes it all worthwhile.” Denise Price ’10 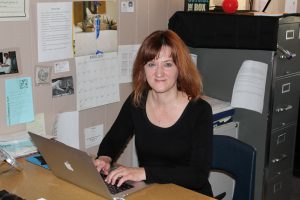 Denise Price returned to Missouri Western as a nontraditional student with a long-term goal of becoming a school counselor. After earning her Bachelor of English Secondary Education and teaching for four years, she earned her counseling degree and today is a counselor at Edison Elementary School in St. Joseph.

“It really is my calling,” she says. “I want to be there for someone who needs someone who cares.”

Nicknamed Mother Goose at Edison because of her nurturing spirit, Price graduated from MidAmerica Nazarene University with general counselor and school counselor options. She is currently working on certification for trauma counseling.

Coming back to school as an older adult was daunting at first, Price said, but her professors encouraged and supported her, and helped her believe in herself. “They empowered me.”

And now, she says, her job is everything she hoped it would be.

“I love coming here every single day. I love being their Mother Goose.”

Jacob Wharton moved to St. Joseph from Gulfport, Mississippi in time to complete his senior year at Central High School. He said he wasn’t really thinking about college until a cousin, who was attending Missouri Western, told him he should think about a psychology degree.

“He said I was really good with people,” Wharton said. “So I took a couple of classes and really enjoyed 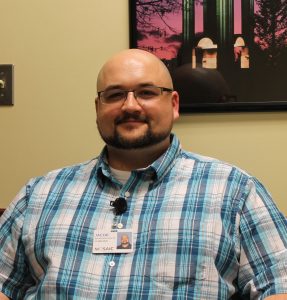 Today, Wharton is a behavioral health clinician in the Mental Health Unit at Mosaic Life Care in St. Joseph. He was hired in 2015 after earning a master’s in counseling and guidance from the University of Missouri-Kansas City.

When patients are admitted to his unit, he says it is probably the lowest point of their lives, and he is glad he can be there for them.

“I ask them where they want to be in their lives and how can we get there. How can we make this better? I want to help them find a reason to live.”

Since his unit offers short-term care, part of his job is helping his patients find the resources they need for more long-term help and getting them into treatment programs.

“I’ve always been the type of person that people come to for advice. It’s easy for me to relate to people, I’ve always liked to help.”

When counselors graduate with a master’s degree, they obtain a provisional license and must work 3,000 hours under supervision to earn the license. Dave Brown ’75, director of Missouri Western’s counseling center, has supervised or is currently supervising four alumni counselors (see “Alumni listen and help”) as they worked/work toward licensure.

The four counselors, Drew Fisher ’11, Daniel Heidtbrink ’13, Denise Price ’10 and Jacob Wharton ’12, have high praise for Brown and appreciate his supervising them. Fisher has completed his hours and is a licensed professional counselor, and the other three continue to meet with Brown.

“Dave is so flexible and easygoing, he makes it easy, and I look forward to our weekly meetings,” Wharton said.

“I think I hit the jackpot with Dave,” Heidtbrink added.

“I’m a counselor today because of Dave,” Fisher said. “He was very instrumental in developing me professionally. I had great guidance from him.”