It seems to be all in the family for one of the Craig School of Business’s graduate degrees. In the Masters in Information Management – Enterprise Resource Planning program, a pair of brothers recently graduated and a husband-and-wife team are currently enrolled.

For Denice ’14 and Tyson ’14 Hector, enrolling in one of Missouri Western’s programs was nothing new. 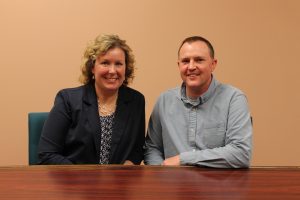 The two had both earned some college credits from Missouri Western right out of high school, and had always wanted to finish. So they enrolled together as nontraditional students in 2006. They worked full-time and attended college part-time, earning their bachelor’s degrees in 2014 – she in marketing and he in economics.

Denice, who has worked at the Belt Sports Complex since 1999, said Dr. Peggy Lane, former director of the MIM-ERP program, spoke about the program in one of Denice’s business classes shortly before she graduated.

Tyson, who has worked at Boehringer Ingelheim Vetmedica, Inc. in St. Joseph for 11 years, said BIVI uses enterprise resource planning software so he was interested in the master’s program, which uses SAP.

“I thought it was a good opportunity to learn more,” he said. “The graduate program has given me an understanding of how everything is tied together and how to implement it. Knowing the background of SAP has been beneficial.”

In the first class they took together, Project Management, Dr. Lane had them work in separate groups, but they were on the same team in their second course.

Although they said the dual schooling hasn’t put a strain on their relationship, it has been a “balancing act” between work, school and home, which includes 6 year-old twin boys.  Last semester, Denice had night classes on Monday and Thursday, and Tyson on Wednesdays. “We do the shuffle,” Denice said with a laugh.

Denice passed the SAP certification test this past summer and will graduate in December. She is thinking about continuing on to earn an MBA, which Missouri Western began offering this fall. She would only need to take five more classes to earn the second master’s degree.

Tyson hasn’t taken courses every semester, so he has three more semesters to go. “But I don’t stop something once I start it.”

And just to keep up the family tradition, daughter Madison is currently working on her undergraduate degree at Missouri Western. 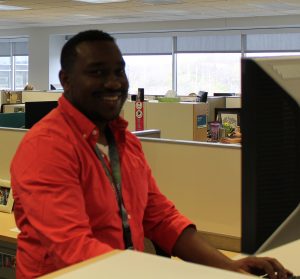 Western with an undergraduate degree in political science. He earned his master’s in December 2015. His brother, Michael ’16, who is two years older than Marcus, graduated from the University of Missouri-Columbia in 2011 and earned a graduate degree from Missouri Western a year after his brother.

“I always wanted to get my master’s,” Michael said, “and my brother recommended this program.” 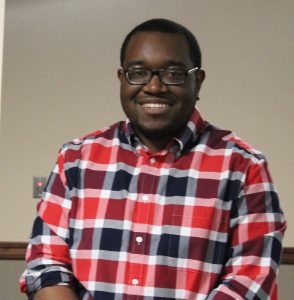 The Suttons, who grew up in St. Joseph, Missouri, just had a couple of MIM courses together in Michael’s first year, but Michael said he appreciated that his brother was a good resource for information when he first started the program.

Both were pleased with the education they received.

“The professors were second to none. They were experts in their fields,” Marcus said.

Marcus began working for Cerner in Kansas City, Missouri as a solutions analyst a few months after he graduated with his master’s.

Michael believes the graduate degree helped him gain a lot more job interviews after graduating, and, in what seemed to be a perfectly natural next step, he was hired by Cerner and began working there this past summer.