Campaign close to initial celebration goal
As the end of the first year of Missouri Western’s Centennial Capital Campaign approached, the University was very close to its initial celebration goal of $20 million. At press time, the Missouri Western State University Foundation was still optimistic that this goal would likely be met or exceed by Dec. 31.

“Almost one year after the campaign kickoff, we are very excited to be so close our initial goal, and we appreciate all the supporters who helped us reach this milestone,” said Jerry Pickman ’85, vice president for university advancement and executive director of the Missouri Western State University Foundation.

“We see the initial celebration goal as a springboard for the next four years of the five-year campaign. Many needs still remain that will require support from donors,” he said.

A recent pledge of up to $1 million helped the campaign come close to its initial goal.

The Foundation was notified by Jeremiah Krug Reeves, a native of St. Joseph and descendant of the Krug family, that up to $1 million has been pledged to establish a Walter Cronkite Post-Graduate Fellowship. 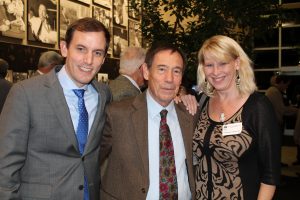 Pickman said it is Reeves’ desire to create opportunities for exceptional graduates of Missouri Western to work side-by-side with those who shape the news and are at the center of the events that determine the future of our country. The details of the Cronkite fellowship are still being worked out.

“His generosity will open many doors for our graduates,” Pickman said.

Some of the larger pledges since the campaign kicked off in January 2015 include a $10 million pledge from an alumnus in St. Joseph who wished to remain anonymous, a $1.5 million pledge from Mosaic Life Care to establish an endowed professorship in the population health field, $1.1 million from Steve Craig for the Spratt Stadium video scoreboard, and approximately $500,000 pledges from Wayne ’90 and Nanette Chatham and Bill Wright.

Pickman noted that the renovation of Spratt Stadium is underway and will be completed this spring (see p.9), and a building committee is prioritizing the needs in Potter Hall. Some of those include classroom and graphic design space, new performance space, and updated studios.

“The campaign hopes to address as many of the facility needs in Potter Hall as possible,” he said. “The work will help us recruit the best and brightest students and serve as one of the region’s leading fine and performing arts centers.”

To support the Centennial Capital Campaign, call Kim Weddle, director of development, at (816) 271-5648 or email weddle@missouriwestern.edu.

University supporters are invited to purchase a brick that will be a part of the Victory Plaza that will be located between the Griffon Indoor Sports Complex and Spratt Memorial Stadium. 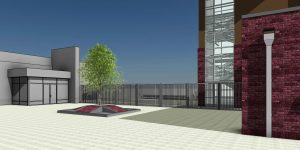 Contact the Missouri Western State University Foundation at (816) 271-5648 for more information or to purchase a brick.

“We’ve watched the University grow and mature, and become a strong regional presence. It’s been such a major part of our lives and we are proud of it.”
That, says Dr. Jane Frick, professor emerita of English, is why she and her husband, Lyman, recently established the Jane and Lyman Frick English Scholarship at Missouri Western. With an outright gift and a pledge with a Charitable Remainder Unitrust, the gift will total approximately $200,000. 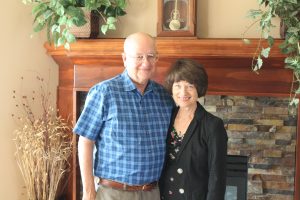 “A Charitable Remainder Unitrust is a good estate planning tool,” Lyman said. “And it is good for a nonprofit organization.”

Jane retired from Missouri Western in 2012 after 40 years of service. Lyman served as president of the MWSU Foundation Board of Directors and as an adjunct professor during his long career in the banking industry.

Jane was the director of the Prairie Lands Writing Project for 13 years and is still involved in the program, which means she works closely with teachers throughout the region. That was why she wanted the scholarship to give preference to English Language Arts teachers who are returning to Missouri Western to earn a master’s degree. Undergraduate students pursuing a certification to become secondary English Language Arts teachers are also eligible for the scholarship.

“Teachers work so hard and are paid so little,” Jane said. “We wanted to help teachers who are struggling financially but want to pursue their passion and earn a master’s degree.”

“The cost of education is so high, but a scholarship makes it available to a broader array of folks,” Lyman said. “At Missouri Western, you get so much more bang for your buck.”

Robert Keener, a native of St. Joseph, graduated from the St. Joseph Junior College in 1955. He said, as a student, Little “took him under his wing” and influenced his decision to seek a career in petroleum engineering. He resides in Salt Lake City, Utah.

The scholarship is for full-time junior or seniors who have declared a chemistry major.

Edgar Little joined the St. Joseph Junior College staff as a chemistry instructor in the 1940s. He served as head of the chemistry department and also served as dean of men before being promoted to dean of the Junior College, the top administrative position, in 1963. He was promoted when Dean Marion Gibbins took a two-year leave of absence to work on an education project in the Somali Republic. Little retired in 1965 when Gibbins returned. However, Little came out of retirement in 1967 to serve as interim chief administrator when Dr. Milburn Blanton, Junior College president, left. Little stayed on until Dr. M.O. Looney began his presidency.

Department of Chemistry personnel recently established a scholarship in honor of Dr. Len Archer, long-time chair and faculty member who retired last year. When Dr. Gerald Zweerink retired in 2010, a scholarship was established in his honor, also. The department is currently asking for gifts to help both scholarships reach the endowment level of $10,000. For more information, contact Kim Weddle, director of development, (816) 271-5648.