Provost and Vice President for Academic Affairs Jeanne Daffron retired from Western after serving the university for over 40 years.

Dr. Daffron began teaching in the nursing department in 1977 then soon helped develop programs both in her field of study and across other academic areas. Her efforts served as a driving force to bolster the opportunities available for students at Western.

President Robert Vartabedian has worked with Daffron by his side for the past nine years.

“I tired to talk her out of it, but I guess when you’ve been here for 41 years you have the right to call your own shots,” Vartabedian said. “I’m very very sorry to see her retire. In my career I only know a very small handful of people who have been at the same institution for that number of years.”

Associate Provost for Research, Planning and Institutional Effectiveness Doug Davenport, who served as the interim provost after Daffron, believes that her departure will be a noticeable change.

“She has been outstanding,” Davenport said. “She’s very caring, she’s a servant leader and it will indeed be a loss for the institution.”

Daffron, who has served as provost since 2009, is proud of the progress that Western has made over the years.

“I am so proud of this institution, and of our faculty, staff and students who have worked so hard to make Missouri Western the wonderful place that it is,” Daffron said. “It has been very rewarding to watch the institution mature.”

Under Daffron’s leadership many academic opportunities were created such as new programs, internships and research. She worked to create a partnership with Metropolitan Community College, which allowed Western to implement an RN-to-BSN program for its nursing students. The program has evolved to now offer both bachelor’s and master’s degrees in several different areas of health services.

Other leadership roles include: nursing department chair from 1996-1997; Dean of the College of Professional Studies from 1997-2004; Assistant vice president for academic and student affairs in 2004; twice served as interim provost and vice president before being named to the position permanently in 2009; interim dean of graduate studies when the first graduate degree programs were offered in 2007.

“It has been such a blessing to me,” Daffron said. “Every time I’ve been ready for a new challenge, there was a new opportunity for me.”

Jennie McDonald, Daffron’s administrative assistant, said Daffron’s impact on the university has been far-reaching. One key triumph of Daffron’s, for McDonald, was the encouragement and guidance she provided for faculty and students. McDonald also attested to the positive work environment that was cultivated under the productive leadership of Daffron.

“She wouldn’t let us consider her as our ‘boss;’ we worked more as co-workers,” McDonald said. “Even with a heavy meeting schedule, Dr. Daffron always made time to listen to a staff member, faculty member or student about any concern.”

McDonald said Daffron always made sure to acknowledge and congratulate the many successes of Western students. Through this, Daffron has embodied the Griffon spirit fully.

“She is a true Griffon at heart,” McDonald said. “And I know that will never change.” 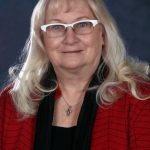 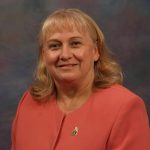