Hypnotist Steve Meade put students in a daze with a tropical trip of a lifetime during his hypnotist show during this homecoming week.

Meade, who has hypnotized over 25,000 people, took the audience to the hot sandy beach of  an exotic island, and for people under the hypnosis, the trip felt a little more real than normal, with one student taking off their shirt to be more comfortable.

Meade also held a dance competition for the male volunteers on the beach, getting them more involved with the audience by suggesting they needed to impress them.

The participants had just as much fun as the audience during the show and by the time it was over, everyone questioned if what they saw really just happened. 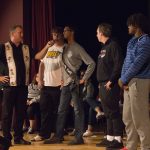 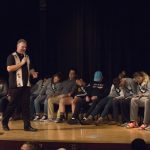 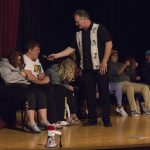 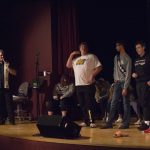