When the Western Mystics can’t stop the feeling, they dance.

The five members on the dance team spend six hours a week preparing for a performance, not including how much time is spent dedicated to practicing on their own. One may say that dancing is not hard work, but to the Mystics it is what they pour their hearts into.

The dance team performs alongside the Western marching band during the football and basketball season. A new dance is learned every two weeks. Most dances that are performed have high energy, allowing the crowd to get pumped up and show their support.

Dancing is a great way to form bonds and friendships that can last forever. Spending hours with the same women can allow dancers to learn about one another and find the strengths on the team.

Amanda Estep, the first-year assistant coach for the Mystics, has some history with the dance team. She was on the team for four years, captain for three years, and has stepped up as assistant coach.

Estep said that by coaching the team, she has watched the girls grow in their dance technique, their relationships, and show support for the university.

“I believe dance can help the girls show school spirit, make new relationships, and be seen,” Estep said. “What better way to feel a part of your university than getting to cheer on the teams from the sidelines.”

Gabbi George, a first year Mystic who has been dancing for 17 years, said the dance team has a very close bond this season.

“We all know what we bring to the table and we try to help better each other every practice,” George said. “We might be few in number, but I believe quality beats quantity any time.”

Each performance is a reminder that dance does not just mean to move your body. Dance is portraying emotion and expressing oneself through movement. Dance is an art.

Jordan Alford, a captain and the head choreographer of the team, said that dance has helped her confidence.

“Dance to me is an outlet and a true way to express myself,” Alford said. “I have my days when I may be feeling super stressed but I can always count on dancing to get me out of a funk.”

In addition to being on the team, Alford also just established her own dance studio. She said the team has been very supportive of her dreams and hopes to have their help teaching aspiring dancers.

Spending hours preparing for a performance is well worth it when they get the reaction from the crowd.  The students always cheer for the dance team before and after performances. Estep has said the team gets several compliments every game.

“That is always nice to hear to know someone appreciates all your hard work and looks forward to seeing your next performance,” Estep said. 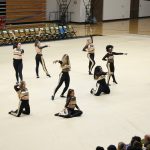 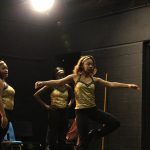 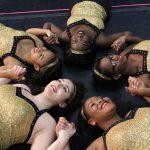 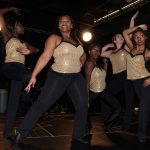 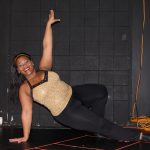 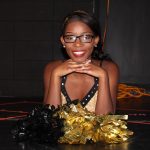 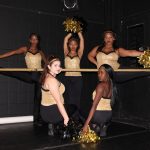 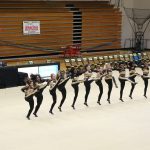