Western alumna Esther George, is one Griffon who has flown to new heights following her graduation in 1980.

George, who is now the president and chief executive officer of the Federal Reserve Bank of Kansas City, graduated Western in 1980 with a B.S.B.A. degree in Business Administration.

After joining the Federal Reserve in 1982, George served much of her career in the Division of Supervision and Risk Management. She began as a commissioned bank examiner and eventually served as the District’s chief regulator for 10 years. She was responsible of the District’s state-chartered member banks and nearly 1,000 bank and financial holding companies. George had direct involvement in the Tenth District’s banking supervision and discount window lending activities during the banking crisis of the 1980s and after 9/11.

George has served as a member of the Craig School of Business Advisory Board and the Foundation Board of Directors.

According to a past Griffon News article, former Craig School of Business Dean, Philip Nitse, said that George’s accomplishments have shown the university’s successes after graduation.

“When an alumnus achieves this level of success, everyone at the institution should feel pride, especially in the sense that this is proof that the education provided here at Western is of such quality,” Nitse said.

During her time at Western, George had the opportunity to study abroad. According to a video on YouTube, George said it is one of the most memorable experiences she had at Western. She got to travel with her professors and other students from well-known universities.

On her trip, George traveled and visited with business and government institutions from other countries before writing a paper about her experience.

“That experience really had a big impression on me and really set me on the path of thinking about my role in a much larger way than I had up to that point,” George said in the video.

George returned to Western to speak at the Spring Commencement in 2015. However, since George is an incredibly busy woman she was not able to be contacted for this story.

Western has developed well-educated students that have secure and successful careers, but it is those like Esther George that are highly notable. She was able to prove that everything is possible at Western, just like many students are working toward now for their own futures. 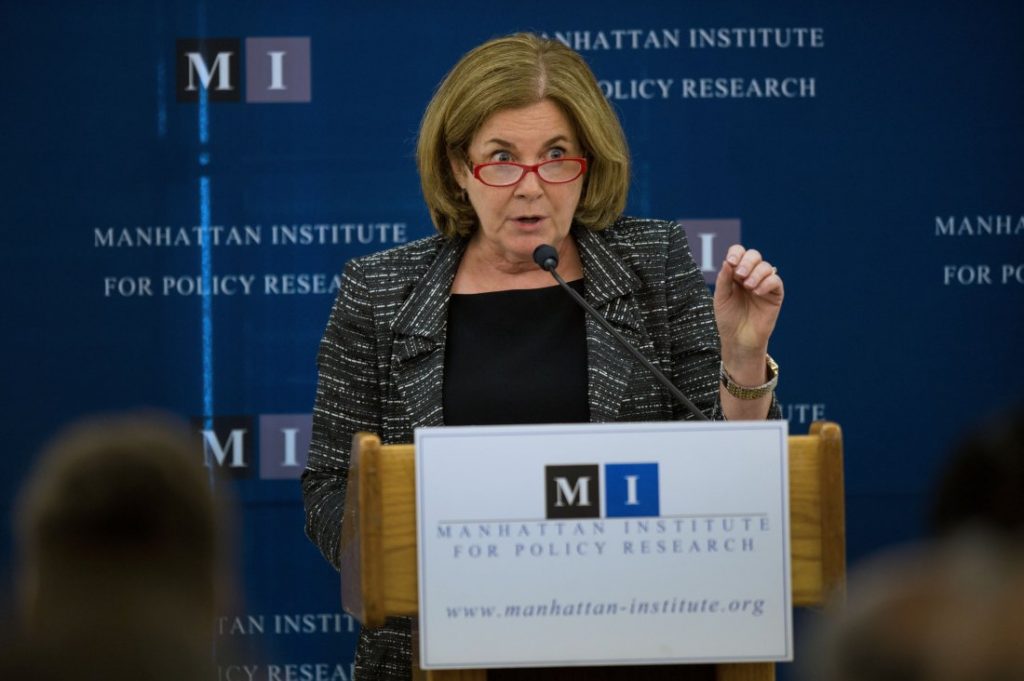 Esther George, President and CEO, Federal Reserve Bank of Kansas City speaks at a Shadow Open Market Committee Meeting hosted by the Manhattan Institute at the Cornell Club in New York, U.S., on Friday, Sept. 20, 2013. George, who has consistently dissented against additional stimulus, said the central bank missed an opportunity to begin reducing bond purchases because markets were primed for such a move. Photographer: Ron Antonelli/Bloomberg via Getty Images