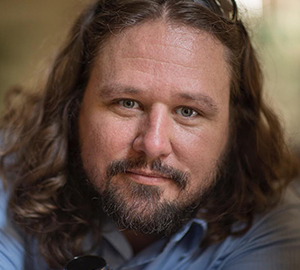 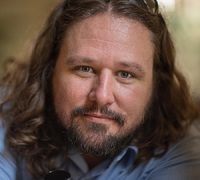 M.F.A., Animation and Visual Effects | The Academy of Art University

Originally from Las Vegas, NV, Thomas served as a CounterIntelligence Agent for the US Army with two deployments to Iraq and Kuwait in support of Operations Iraqi Freedom and Enduring Freedom. Upon returning from his second deployment, Thomas was reassigned as a Special Agent in the PACOM Hawaii Field Office where he served as a SAEDA education specialist. His mission was to educate Battalion and Brigade level organizations on Counter-Terrorism, Counter-Espionage, and Counter-Intelligence operations. This is where Thomas first learned of his passion for teaching.

Upon receiving a Honorable discharge and retiring his Badge & Credentials from the US Army, Thomas began his academic training. His first major was in Music Composition and Theory with a secondary emphasis in Trumpet Performance. This led to a study in Film Composing where Thomas studied Jazz Composition from legendary pianist David Loeb. Thomas would frequently attend FOX Studio orchestral Film Scoring Sessions under the mentorship of David. During these times, Thomas would study Composition from Family Guy composer, Walter Murphy. Finally, Thomas decided to double major in Music and Film and his love for film making helped him earn his Bachelors of Art Degree from the University of Nevada, Las Vegas, and then his Master’s of Fine Arts Degree in Animation and Visual Effects from The Academy of Art University.

Currently Thomas is pursuing furthering his education with a Ph.D. in Psychology with an emphasis in Learning and Technology, where he intends to participate in the Film Psychology research community focusing on how and why audiences are cognitively and behavioral influenced by Film, as well as how students in the college environment are influenced by upcoming technology. Thomas is excited to be part of the Department of Theatre, Cinema & Dance, and looks forward to being an important influence in the lives of his students. MAKE IT HAPPEN! 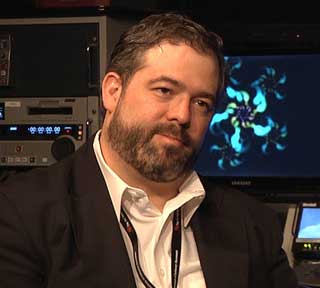 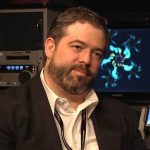 MFA in Film Directing | California Institute of the Arts

Bio
“I am a 27-year veteran of the entertainment industry; I spent my early career as a signed recording artist on Epic Records (a division of Sony). I also bring an MFA in Film Directing from California Institute of the Arts and more than seven years of teaching experience in Film/Video Arts at the University level.

I am a working filmmaker who wrote and directed an award-winning debut feature film in 2014 (Best Mystery Feature, EIFF 2014). I also directed an award winning short documentary in 2002 and several narrative shorts, industrials, and various commercials. My first feature length narrative film premiered in August of 2014 at the Sacramento Film and Music Festival and was user-rated #1 in its genre on IMDb (Internet Movie Database) at that time. Beyond writing, directing, producing, lighting, and cinematography, I have extensive experience with post- production, including editing, sound design, and color correction.

I am formerly the Chair of Media at the Art Institute of San Antonio, Texas. I oversaw more than 300 students in 5 separate disciplines and 20+ full-time and adjunct faculty members. I have experience in teaching all aspects of pre-production, production, and post-production. My diverse industry background provides me with the expertise to teach a broad range of both upper and lower division courses.

My class sign-up and retention rates are excellent; I take a personal interest in the success of every student. I have a passion for helping a widely diverse student population master the skills necessary to navigate the challenging and evolving professional world of film/video and develop their unique strengths and talents. Former students have gone on to successful careers in the film and TV industries.

I am excited to announce that I am currently employed by Missouri Western State University as an Assistant Professor in Cinema and will begin teaching in fall 2017.

It is my enduring goal to combine my broad personal and professional experience with a compassionate and enthusiastic teaching style to make a positive contribution to the growing field of the Media Arts.”