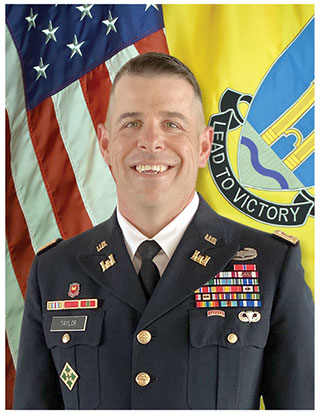 Lieutenant Colonel Forrest M. (Mitch) Taylor III enlisted as a Combat Engineer (12B) in February 1998 and attended Basic Combat Training and Advanced Individual Training (AIT) at Fort Leonard Wood, MO.  He served in this capacity until he received his commission as a Second Lieutenant and Engineer Officer through Army ROTC at Arkansas Tech University in May 2003.

LTC Taylor is a native of Arkansas and currently lives in Parkville, MO with his wife, Alicia, and three daughters, Sophia, Paige, and Charlotte. 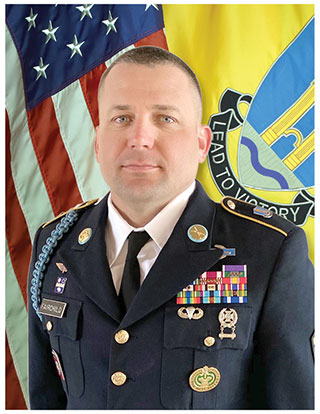 Sergeant First Class (SFC) Joshua L. Fairchild enlisted as an Infantryman (11B) in October 2003 and attended Basic Combat Training and Advanced Individual Training (OSIT) at Fort Benning, GA.  He continues to serve in this capacity through Army ROTC at the University of Missouri, Kansas City and Rockhurst University.

SFC Fairchild is a native of Idaho and currently lives in Belton, MO with his wife Erin, who is also an enlisted service member, and two children Jack and Emma Lynn. He also has one son, Bryon who is currently enrolled at Metropolitan Community College (MCC) working on a B.A. in Criminal Justice. 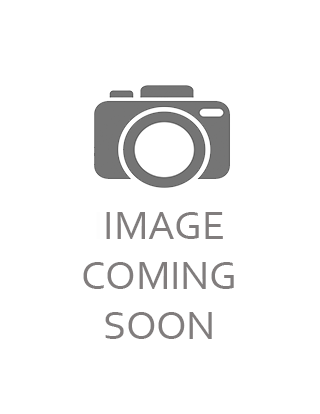 CPT Hanapole enlisted as an All-Source Intelligence Analyst (35F) in June 2012 and attended Basic Training at Fort Jackson, South Carolina. He completed AIT and served as a Strategic Intelligence Analyst with Army South in Fort Sam Houston, Texas. He served in this capacity until he received his commission as a Second Lieutenant and Armor Officer through Officer Candidate School at Fort Benning, Georgia.

CPT Hanapole is from Massachusetts and currently resides in Kansas City, MO with his wife Elizabeth and their daughter Aurelia. 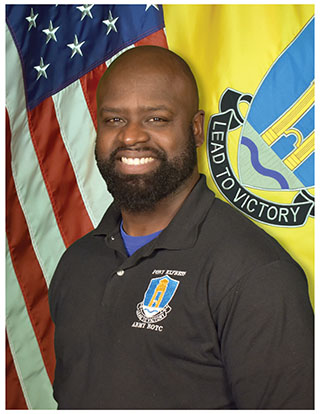 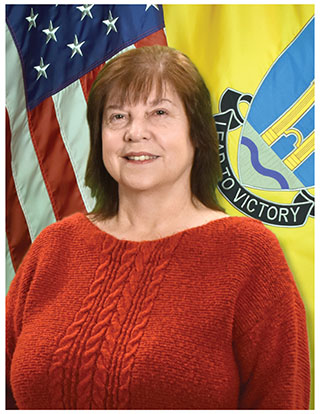