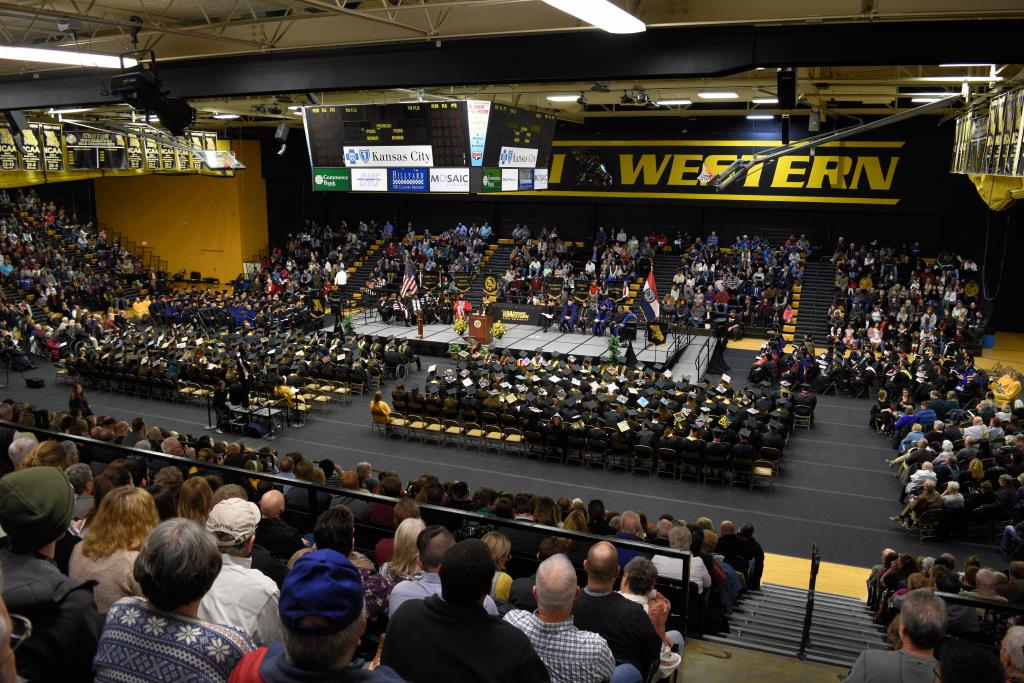 Dec. 15, 2021–Esther George, president and CEO of the Federal Reserve Bank of Kansas City and a Missouri Western State University alumna, will be the guest speaker at Missouri Western’s Winter Commencement Ceremony at 11 a.m. Saturday, Dec. 18 in the MWSU Fieldhouse at Looney Complex.

More than 280 graduates will be honored during the ceremony. The public is invited, with doors opening at 10 a.m. All attendees and participants are asked to wear a face covering. The ceremony will be streamed online at griff.vn/FA21Grad for those unable to attend.

As CEO of the Kansas City Fed, George leads a workforce of close to 2,000 employees in Kansas City and its branch offices in Omaha, Denver and Oklahoma City. The Kansas City Fed is responsible for conducting monetary policy, providing financial services to depository institutions and the U.S. Treasury, and supervising nearly 1,000 banking organizations within the Tenth Federal Reserve District, a seven-state region that includes western Missouri, Kansas, Nebraska, Oklahoma, Colorado, Wyoming and northern New Mexico.

As the region’s representative on the Federal Open Market Committee in Washington, George participates in monetary policy deliberations and provides a perspective based on three decades of experience as a banking supervisor.

George, a native of Faucett, Missouri, received her Bachelor of Science in Business Administration from Missouri Western in 1980 and returned to accept an honorary doctorate in 2015. She served nine years on the Missouri Western State University Foundation Board of Directors and has served on the Craig School of Business Advisory Council. She received a Distinguished Alumni Award from Missouri Western in 2005, and has also been honored as an Outstanding Alumna by the Bloch School of Management at the University of Missouri-Kansas City, where she earned her MBA.

Also speaking at the commencement ceremony will be graduating student Whitney Davidson, a psychology major from Rolla, Missouri. During her time at Missouri Western, she has served as President of Psi Chi, the international honors society for psychology majors, as well as the Psychology Club. She has also served as Treasurer for Alpha Chi as well as serving as a research assistant for the Cognitive Science Laboratory in the psychology department and as a research assistant for the Music Cognition & Aesthetics Research Laboratory at Missouri University of Science and Technology. She has accepted a position as a Research Coordinator at Saint Louis University beginning in January.

Other public commencement-related activities include: