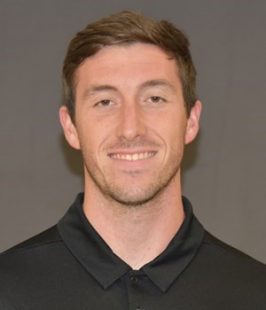 “Luke has been an integral part of Griffon Esports from the beginning, and I’m thrilled that he will provide continuity of leadership while we search for a permanent director,” said Dr. Elizabeth Kennedy, Missouri Western’s president.

Missouri Western launched its team-based competitive video gaming program in Fall 2020. Since then, Griffon Esports has competed against other esports programs, dedicated its Esports Arena in the Blum Student Union, and hosted its first summer youth camp. Missouri Western has also added an Esports Management concentration to its Recreation Sport Management major.

“Esports offers numerous applied learning opportunities for our students, and allows them to develop a wide range of career skills including leadership, communication, problem-solving, and teamwork,” said Theresa Grosbach, interim director of athletics. “I appreciate Luke’s leadership during this time of transition. He has great passion and dedication for our Esports program. Luke understands the culture we have built at MWSU, and will continue to advance our efforts to build a competitive program that succeeds in the classroom and serves our St. Joseph and Griffon community.”

“This past year has taught us the importance and necessity of virtual engagement,” Theis said. “Esports can be that community for the student who needs a sense of connection. I look forward to continuing to create that culture of community and healthy competition in the Griffon Esports program.”

Theis was a punter on the Griffon football team as an undergraduate. He received a Bachelor of Science in Engineering Technology in 2020, and is in his second year in the Master of Applied Science-Sport and Fitness Management program.

As the graduate assistant, Theis led Coaching Coaches, a program that equipped student coaches with the tools to coach varsity teams. He also coordinated the summer youth camp this July.

The search for a permanent director will relaunch this week. Missouri Western is seeking to replace founding esports director Christian Konczal, who left this summer for another opportunity.