News-Press NOW: Shortages and a history of sacrifice

Previous Next
News-Press NOW: Shortages and a history of sacrifice

It’s tough to write a column in advance when you’re dealing with a subject described as a “moving target.” I’m talking, of course, about COVID-19 and its attendant problems.

So many things we don’t know, or situations change suddenly: Is there a vaccine for this virus? Should we wear masks? When will we feel comfortable shaking hands with strangers again or being out in a crowd?

Here’s one: Will we face food shortages and be asked — or forced — to cut back? This seems possible in light of meat-packing plants such as Smithfield, Tyson, Cargill and JBS USA closing or slowing down production in recent weeks.

If so, it wouldn’t be the first time. There was sugar and gasoline rationing during World War II and the Truman Administration’s “Meatless Tuesday” campaign in October 1947. The latter initiative was brought about not by a shortage, but to send food to European nations hit hard by the war.

Dr. Evan Hart, an assistant professor of history at Missouri Western State University, said our willingness to sacrifice extends all the way back to the American Revolution. “Then,” she said, “the colonists boycotted English goods that they loved, like tea.” The boycotts were conducted in the name of patriotism.

Meatless Tuesday actually has its origins in the days preceding World War I, she added. 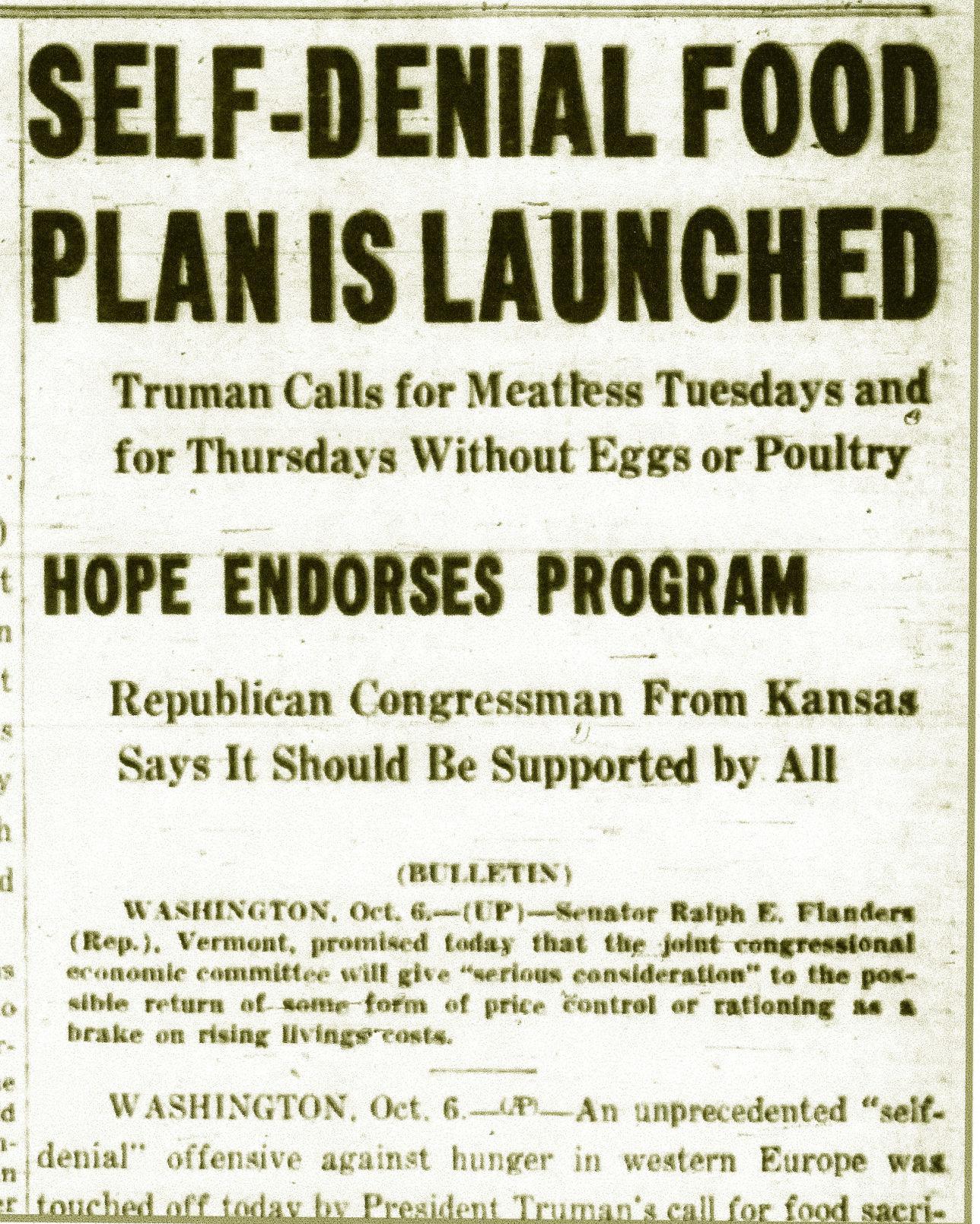