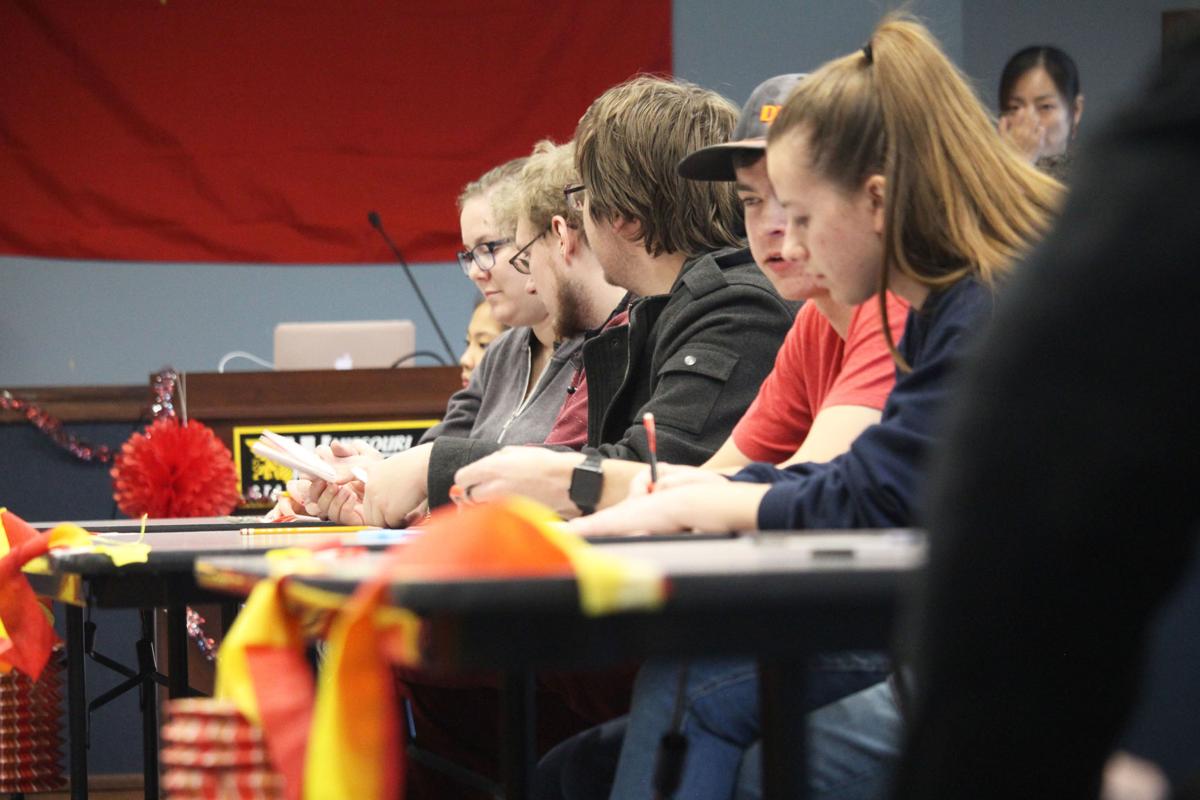 When a mythical beast came down from the top of a hill during the annual spring festival in China, he would devour livestock and villagers until an old man was able to drive the monster away using fire, firecrackers and the color red.

At least, that’s what the legends say.

The story serves as a basis for some of the Chinese New Year’s decorations and celebratory items, and Missouri Western was able to bring that culture to campus Tuesday afternoon.