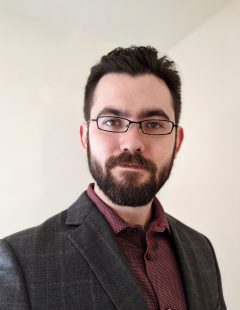 “The addition of esports provides students the opportunity to come together and collaborate in a team setting, providing not only recreational opportunities but academic opportunities in a variety of fields,” said Matt Wilson, Missouri Western’s president. “Christian is familiar with both the operational and academic sides of esports and I’m confident he will build an outstanding program that will attract top students and help them develop the critical skills of leadership, communication, team-building and collaboration.”

Konczal is currently an adjunct professor at Champlain College in Burlington, Vermont and serves as event staff for the University of Akron Zips Esports in Ohio. He received a Master of Fine Arts in Emergent Media from Champlain and a Bachelor of Arts in Political Science from the University of Vermont.

“The challenge will be to build competitive distinctiveness in demanding conditions,” Konczal said. “Our initial focus will be on creating a physical and programmatic home for students in order to help contribute to the social capital of the campus community, while providing experiential learning opportunities that will propel our students into their chosen professional fields.”

Esports is organized team-based, multiplayer competitive video gaming. In recent years, esports has transformed into a central form of entertainment around the world as it has been embraced by traditional media such as ESPN, TNT and the Big Ten Network. Global investors, professional sports organizations, brands, celebrities and consumers have powered this transformation. Competitions among collegiate teams and professionals take place in arenas in front of large live audiences and are streamed on the internet or broadcast on television. Collegiate esports is growing, with more than 130 universities nationwide with official competitive varsity teams, including 16 in Missouri. Missouri Western will become the third public university in the state with an esports team.

Konczal will be responsible for building Griffon Esports from the ground up, recruiting varsity and club teams to compete in a variety of video games to be determined by student interest. He will also work with faculty to construct academic and career pathways involving gaming and esports. All Missouri Western students will have the opportunity to participate in this program in some form or fashion, whether gaming competitively or recreationally, serving in a support role or attending as a spectator.

The competitive varsity team programs will be structured much like traditional varsity athletics, with team members participating in tryouts, wearing uniforms, maintaining practice schedules and adhering to a code of conduct and academic standards.

The esports program will start next fall.

Missouri Western is exploring areas on campus and in the community to install esports arenas, where players will practice and play, and where spectators can watch the teams compete.