Previous Next
Court of Appeals convenes at Missouri Western Oct. 10

Oct. 2, 2019—The Missouri Court of Appeals, Western District will convene court at Missouri Western State University for the 22nd consecutive year at 9:30 a.m. Thursday, Oct. 10 in the Kemper Recital Hall, Spratt Hall room 101. The court session is free and open to the public. 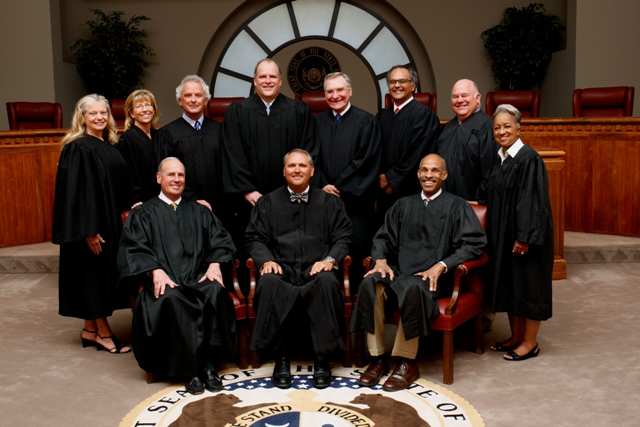 These cases are appeals from previously held trials in area circuit courts. The judges will hear attorneys argue whether the trials had errors that should cause them to be retried, or the trial court’s judgment reversed. The judges will read written arguments before the court session, and may interrupt the attorneys’ arguments with questions.

The judges will break sometime during the arguments to give a general overview for students of the judicial system and the appellate judiciary in particular.

Chief Judge Karen Mitchell will preside over the proceedings at Missouri Western. She was appointed to the Western District in 2009. Immediately prior to her appointment, she was Missouri’s Director of Revenue. Previously, she spent over 20 years in the Office of Attorney General. Judge Hardwick was appointed to the Court in 2001. She had previously served as a circuit judge for the 16th Circuit of Missouri, had been a partner at the law firm Shook, Hardy & Bacon, and served as a Jackson County Legislator. Judge Chapman was appointed to the Court in 2018. Prior to his recent appointment, he served as a circuit judge for the 43rd Circuit of Missouri.

The Court convenes regularly in Kansas City. However, for over twenty years, the Court has held sessions in several of the 45 counties in the Court’s jurisdiction, which includes all of northwest Missouri and most of central Missouri. The Court convenes oral arguments outside of Kansas City to give individuals an opportunity to observe a part of the judicial system they normally do not see and to familiarize those attending with the Court’s role in the judicial system.