July 15, 2019 — Two weeks into his presidency, President Matt Wilson announced three changes related to the formation of his senior leadership team at Missouri Western State University. The moves were approved by the Board of Governors in a phone poll on July 11, 2019.

Vice President of Strategic Initiatives and Chief of Staff 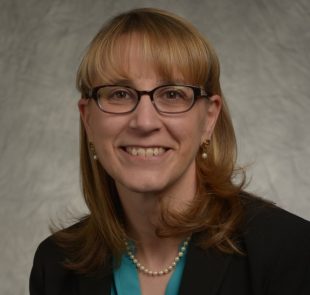 Sarah Cravens, J.D., will join Missouri Western in September as vice president of strategic initiatives and chief of staff. Cravens comes to Missouri Western from the University of Akron, where she worked closely with President Wilson in various capacities including vice provost for strategic initiatives, interim dean of the Williams Honors College, interim dean of the School of Law, assistant dean for global engagement, director of faculty research and development and C. Blake McDowell Jr. professor of law. Cravens was instrumental in helping advance strategic initiatives related to global engagement, study abroad, eSports, leadership, retention, academic quality and flexible scheduling.

“Sarah Cravens’ commitment to students and her dedication to excellence are unparalleled,” President Wilson said. “As we look to build upon the traditions and legacies of our applied learning approach to higher education at Missouri Western, Sarah can provide invaluable assistance with our strategic initiatives and amplified focus on student success.” 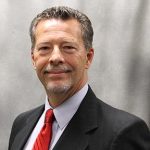 Dr. Douglas Davenport has been named provost and vice president for academic affairs after serving that role on an interim basis for the past year.

“Dr. Davenport has been a tremendous asset for Missouri Western, its faculty, its staff and its students and is an integral part of my senior cabinet,” President Wilson said. “At this important period in the University’s history and time of transformative change, his continuing leadership and contributions are essential. I am confident that Doug will continue to bring stability, dedication, skill and innovation to Missouri Western.”

Dr. Davenport came to Missouri Western in 2015 as associate provost of research, planning and institutional effectiveness at Missouri Western. As associate provost, Dr. Davenport has overseen Missouri Western’s accreditation efforts, including the reaffirmation of accreditation by the Higher Learning Commission in 2017. He also led the team that authored Missouri Western’s new strategic plan, “Pathways to Excellence.” In the past year, his office has launched several initiatives to advance the strategic plan, including the Center for Teaching & Learning, Coffee with the Provost, a renewed commitment to diversity in hiring practices and the Provost’s Fellows Program to provide leadership opportunities for faculty and staff.

Dr. Davenport earned a Bachelor of Arts from Central Bible College (now Evangel University) as well as a Master of Public Administration and Doctor of Philosophy in Political Science from Texas Tech University. 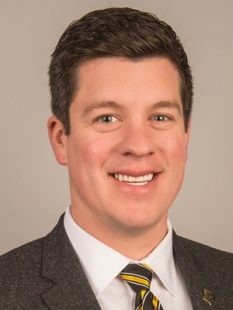 Dr. Josh Looney was hired as Director of Athletics in August 2017. Based on Dr. Looney’s contributions, executive leadership and the recent completion of his doctorate degree in interdisciplinary education from Creighton University, President Wilson announced that he will receive a change in title to vice president of intercollegiate athletics.

“We are excited not only to recognize Josh’s contributions to Missouri Western as a whole, but also to formally extend his agreement to lead our athletics program to even greater heights,” said President Wilson. Dr. Looney will receive a two-year extension on his current employment agreement.

In his two years at the helm, Griffon Athletics has enjoyed success in the classroom and the community as well as in athletic competition. Student-athletes have rewritten departmental academic records, including the highest-ever cumulative GPA in 2018-2019 (3.13); Griffon Athletics was honored with an NCAA Award of Excellence in 2018-2019 for its more than 4,000 hours of community service in 2018-2019; and there have been NCAA championship appearances in seven different sports. Dr. Looney helped oversee the complete renovation of the Looney Fieldhouse and construction of the Bill Snyder Pavilion at Spratt Stadium, and led Chiefs Training Camp negotiations in 2018 and 2019.

Dr. Looney also earned a bachelor’s degree in Business Administration from Washburn University and an MBA with an emphasis in organizational leadership from the University of Missouri-Kansas City.