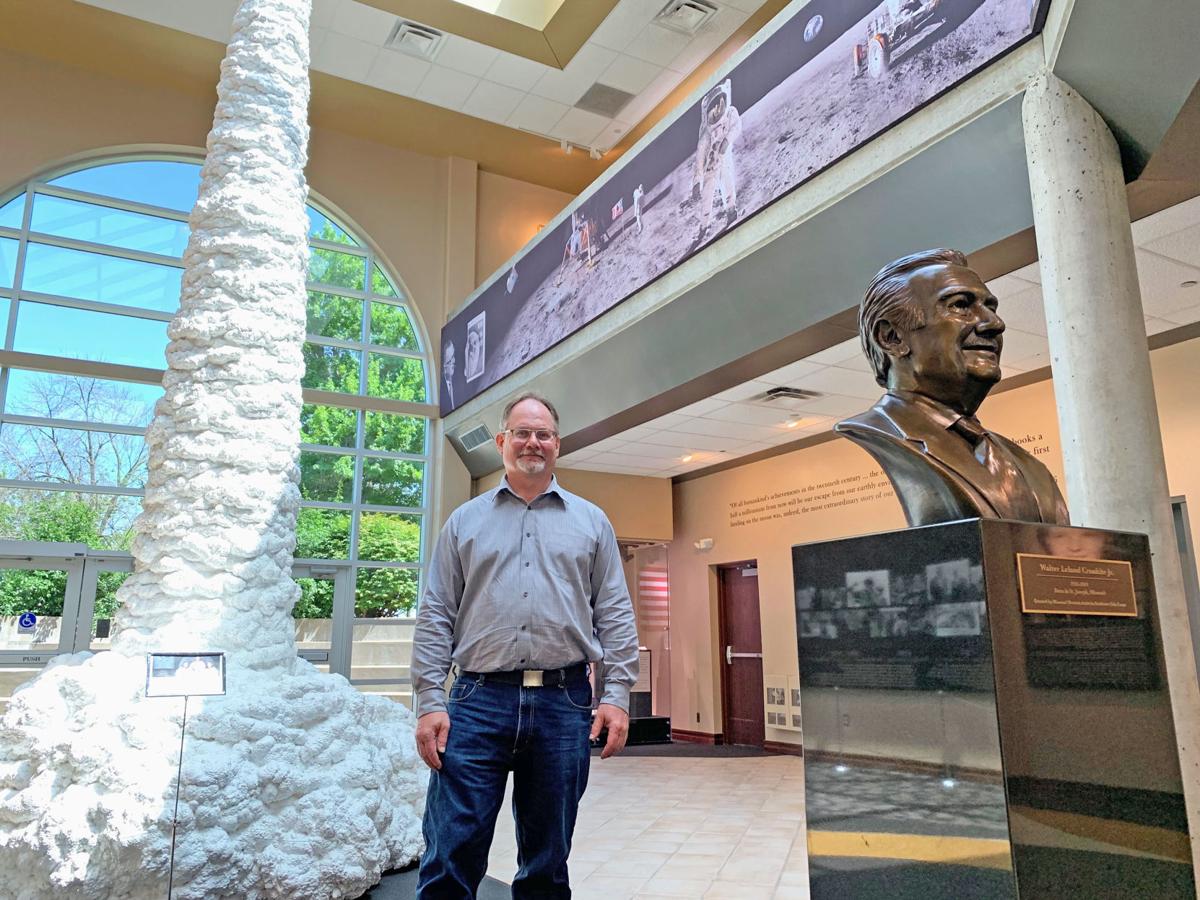 Missouri Western’s Walter Cronkite Memorial in Spratt Hall is highlighting some of the more astronomical aspects of the famous journalist’s career to celebrate the 50th anniversary of the Apollo 11 mission.

On July 16, 1969, NASA successfully launched both Neil Armstrong and Buzz Aldrin to the moon.

And through it all, Cronkite was there: educating viewers using models, building the knowledge of the American public through his close connections with NASA. It was a newscast that would go down in history, and Cronkite would earn an Emmy for his efforts.

“Walter Cronkite was a huge space fan; he was really legendary in that regard. He had a great relationship with NASA and was able to convey scientific principles to the American public in the 1960s during the bulk of those space programs,” said Amanda Morrow, the curator at the Walter Cronkite Memorial. “Cronkite really believed that the space travel in the ’60s was one of his most important stories.”

Read the rest of the story and see a video version at newspressnow.com.