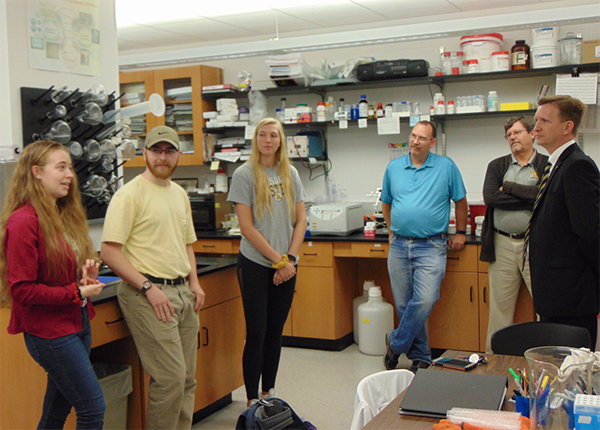 Wilson comes to Missouri Western from the University of Akron School of Law, where he served as dean. Wilson also served as president at Akron for a two-year period, tackling thorny budget problems.

Wilson has a diverse background, also working at the University of Wyoming and Temple University Japan. He says his experience abroad will shape how he approaches his new duties.

“You know, one that has an open mind, the ability to build bridges, the opportunity to convey what I have learned to students, hopefully set an example and to help empower them so they can go out and explore the world and bring what they have learned back to St. Joseph, back here to Missouri, the region, and the nation,” Wilson tells reporters after walking the campus and speaking with students.