Missouri Western State University has a tradition of alternating Commencement Ceremony speakers, with a faculty member speaking each Fall, and a graduating senior each Spring.  The student commencement speakers are listed below from 2013 to the most current in 2018. 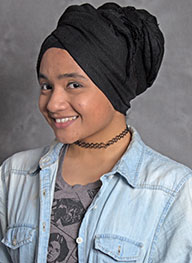 Besides educating and sharing about her beautiful culture with others, she enjoys working with people from various different backgrounds, and claims travelling and music to be her main interests. She has also never stopped sharing her talent in singing ever since her freshman year.

She is the first among her two siblings to graduate from college. She’d like to recognize her family members for their endless support, even from afar.

Dianah spoke about how she and her friends have left a significant mark in Missouri Western, and how all of us will remember that “They Were Here.” 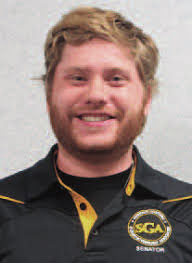 Connor served as the Executive Vice President of the Student Government Association, President of Phi Delta Theta, a representative on the Craig School of Business Dean’s Student Advisory Council, a Resident Assistant in both Scanlon and Juda, and was a Registration Leader for Griffon Edge. Additionally, Connor participated in two honors societies, Alpha Chi and Beta Gamma Sigma. He was active in the community of St. Joseph through community service, and helped to raise awareness for ALS and Breast Cancer. Connor was also the 2015 Missouri Western Homecoming King.

Connor is the fourth member of his immediate family of four to be a graduate of Missouri Western. Connor will begin his career at the Federal Reserve Bank of Kansas City as an Analyst in July.

Connor’s Commencement speech is entitled, “What it means to be a Griffon.” 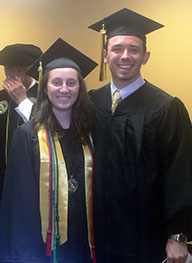 Ida Haefner graduated with a Bachelor of Science degree in Biology with a concentration in Zoology. Ida is from Hillsboro, Missouri, just south of St. Louis. She was involved in many activities on campus including Tri-Beta, the Biological Honors Society where she held a leadership position for the last three years of her time on campus; the Student Honors Organization, Alpha Chi; and the Student Government Association, where she served as Director of Communication in 2014-2015 and the 2015-1016 student body President. When she left MWSU, Ida pursued her dream of becoming an Animal Keeper, and later an Animal Curator for a Zoo or Aquarium. Her long-term goal is to become the President of the United States.

Alex Atkinson received his Bachelor of Science degree in speech communication with a concentration in public relations. Alex was very involved on campus in the Student Ambassador program, Western Activities Council, Registration Leaders, Griffon Edge Leaders, Max’s Maniacs, Homecoming Steering Committee and Phi Delta Theta, where he served as chapter President. Alex served in the community through his involvement in Habitat for Humanity, Relay for Life and the ALS Foundation, where he achieved the status of “Iron Phi” by raising $1,000 for ALS research and completing a 5K for ALS. After graduation, Alex moved to Oxford, Ohio to serve as a Leadership Consultant position for his fraternity, Phi Delta Theta. 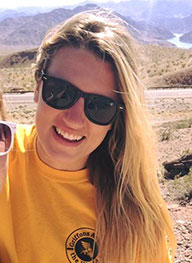 Julia Buescher received her Bachelor of Science in Recreation Sport Management with a concentration in sport management and two minors—one in General Business and one in Speech Communication. She was an active member of the Student Government Association as Vice President of Western Activities Council, a Griffon Edge and registration leader for two years, past Panhellenic Vice President, and a member of Sigma Sigma Sigma sorority.

Immediately after graduation, Julia worked in Louisiana at the Global Scouting Bureau, and traveled to the University of Brighton to attend the Rugby World Cup International Conference. Julia’s Commencement speech was titled: “Taking Action & Being Your Own Hero.” 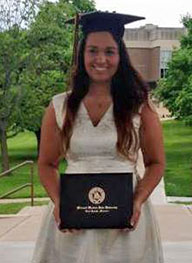 Kendra Greer received her Bachelor of Science Degree in Speech Communication with a Concentration in Public Relations and a Minor in Journalism.

Kendra was very involved on campus as a Griffon Edge Leader, staff member for the Griffon Yearbook, and a member of Alpha Sigma Alpha sorority, where she held the highest position of chapter president. Kendra served as a Rho Gamma sorority recruitment counselor and was the 2014-2015 Panhellenic Council president. Additionally, Kendra served as a Student Senator and participated in the Communications Department’s study abroad program for 2 years. Kendra was also the 2014 Missouri Western Homecoming Queen.

Kendra worked on campus as a tele-counselor and student assistant in the theatre, cinema and dance department. She was active in the community with Special Olympics, The Allied Arts Council, Second Harvest Food Bank and The St. Joseph Mustangs.

Kendra’s commencement speech was entitled, “Transforming Lives, One Griffon at a Time.” 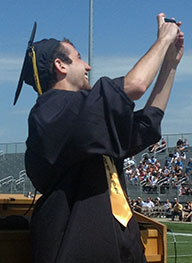 Derek Thompson was the Commencement speaker at our first outdoor commencement ceremony in Spratt Stadium. Derek graduated with a Vocal Music degree. During his time on campus, Derek served as the Phi Sigma Kappa Vice President; the Student Government Association Director of Student Relations; in multiple theatre productions; as the President of the Student Honors Organization President; a concert chorale member; and as a Resident Assistant.

Derek’s Commencement speech was entitled, “Don’t Step on the Seal, and Other Ways to Graduate from Missouri Western.” 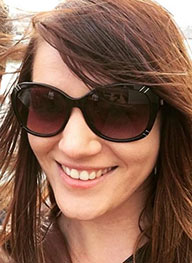 Nicole Kerr graduated with a degree in Electronic and Computer Engineering Technology. Hailing from Brisband, Queensland, Australia, Nicole volunteered at international student orientation, participated in the international lecture series during her time at Missouri Western. Her Commencement speech was entitled, “Transformations.” 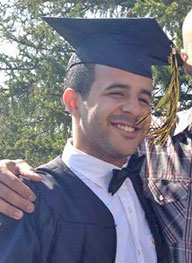 Quincy Hawkins earned a Health Science degree from Missouri Western. Quincy was involved in Phi Delta Theta during his college years; he is now a Safety Coordinator at Herzog. His Commencement speech was entitled, “Growth.”