Are you prepared to lead your peers, organize events, or articulate your vision for the future? Can you identify and articulate your personal strengths and weaknesses? Have you experienced the power of serving others? Missouri Western State University’s Barbara Sprong Leadership Challenge is designed to assist students who exhibit exemplary leadership potential and help them sharpen their leadership skills. The program is named in honor of Barbara Sprong, a former member and president of the MWSU Board of Regents and a past leader in the St. Joseph community.

All students with leadership potential, regardless of completed credit hours or GPA, are encouraged to apply.

Applications for the Barbara Sprong Leadership Challenge will be accepted November 1 through December 1. If selected, students will then be automatically enrolled in the course following the announcement of their selection.

Applications for the Barbara Sprong Leadership Challenge will be accepted November 1 through December 1. If selected, students will then be automatically enrolled in the course following the announcement of their selection.

Barbara Sprong exemplified the Missouri Western State University value of “service.” She was a pioneer in improving the education and health services in St. Joseph. As one of the first female community leaders, Ms. Sprong lived a life of service to others. After graduating from Central High School, Barbara worked to put herself through college and earned a degree in elementary education from Northwest Missouri State University.

After college, she moved to California with her husband, Jerry, and began her career in education by teaching kindergarten. Three years later, they moved to Independence, Missouri, where Barbara taught school until they began raising their family. Jerry and Barbara were married for 56 years.

Upon returning to St. Joseph in 1974, Barbara quickly set to work providing leadership in the volunteer sector. She worked with Sisters Hospital (later named Heartland Regional Medical Center) to develop its first volunteer program. She later joined the Heartland Health Board of Directors as its first female member and chairperson of the board. Barbara also served and chaired the Family Guidance Center of Behavioral Health Care Board of Directors and the Living Community Board.

Barbara’s belief in the importance of education is reflected in the amount of time she devoted to educational pursuits in her community. She served as the director of Profit in Education (PIE), a program encouraging students to complete their high school education. She was also instrumental in developing the Missouri Western Ambassadors organization and later served on the Missouri Western State University Board of Regents, becoming its first female chair. Her leadership there was honored by the creation of the Barbara Sprong Leadership Challenge – an opportunity for selected students to learn the ins and outs of being a great community leader.

Her list of credentials is extensive and includes being a longtime supporter of United Way, having served on its Executive Board of Directors. She also lent her support to the Albrecht Kemper Museum of Art, and PEO. An active member of the Wyatt Park Baptist Church, Barbara was a Sunday school and Vacation Bible school teacher, and served on church committees. She was also the church’s first female deacon.

Barbara never sought recognition, but her work was certainly noticed and appreciated by others. She was the recipient of many awards, but she believed more in giving than in receiving. The legacy of her positive impact on other people’s lives is a true testament to a life well lived.

Barbara passed away in 2012. She is survived by her husband Jerry. The Sprongs had three children who often visit during the leadership challenge: Lisa Sprong Norton, Brad Sprong, and Doug Sprong. 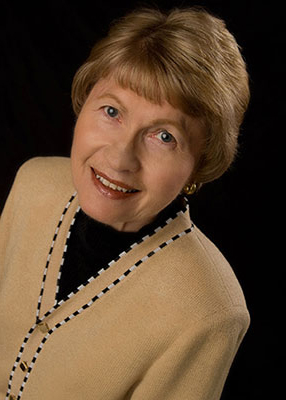