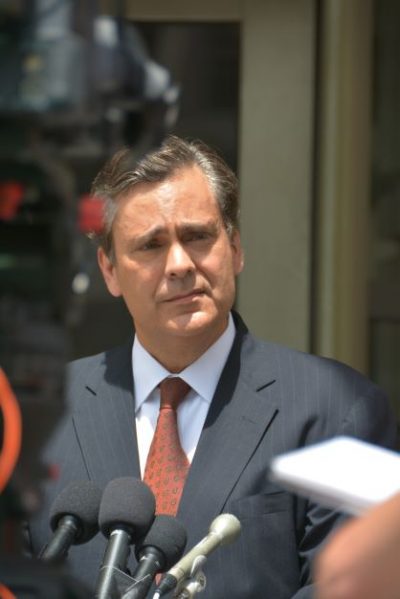 Turley will also be the guest of honor and participate in a question-and-answer session during the annual Convocation Luncheon at noon on Sept. 27. Registration information for the luncheon will be available online at missouriwestern.edu/convocation beginning in August.

“The Convocation on Critical Issues has a rich tradition of bringing thought leaders to our campus to discuss timely and relevant issues of the day, and Professor Turley certainly lives up to that tradition,” said Dr. Elizabeth Kennedy, Missouri Western’s president. “This year’s event promises to be another thought-provoking and challenging presentation for our students, the high school students who attend, our faculty and staff, and the community.”

“I have for some time wanted to focus on the infringement of free speech in our country today and how it can foment division and conflict among our citizenry,” said Dan Boulware, former chair of the Missouri Western Board of Regents (now Board of Governors) in whose honor the Convocation is held each year. “Professor Turley is not only a highly regarded and well-known constitutional scholar but a great choice to address this critical issue.”

Professor Jonathan Turley is a nationally recognized legal scholar who has written extensively in areas ranging from constitutional law to legal theory to tort law. After a stint at Tulane Law School, he joined the faculty at George Washington University in 1990 and, in 1998, was given the prestigious Shapiro Chair for Public Interest Law, the youngest chaired professor in the school’s history.

Professor Turley has served as counsel in some of the most notable cases in the last two decades, including the representation of whistleblowers, military personnel, former Cabinet members, judges, members of Congress and a wide range of other clients.

He testified more than 50 times before the House and Senate on a variety of issues, and appeared as an expert witness in both the impeachment hearings of Bill Clinton and Donald Trump.

Professor Turley is currently the legal analyst for Fox News. He has previously worked as a legal analyst for NBC, CBS, and the BBC. His columns appear regularly in national newspapers like the New York Times, Washington Post, USA Today, Los Angeles Times and the Wall Street Journal.

Professor Turley received his Bachelor of Arts at the University of Chicago and his Juris Doctorate at Northwestern University. In 2008, he was given an honorary Doctorate of Law from John Marshall Law School for his contributions to liberties and the public interest.

Missouri Western inaugurated the R. Dan Boulware Convocation on Critical Issues program in 1993. The program was started as part of an overall commitment to offer enriching experiences to students while bringing together the college and community.