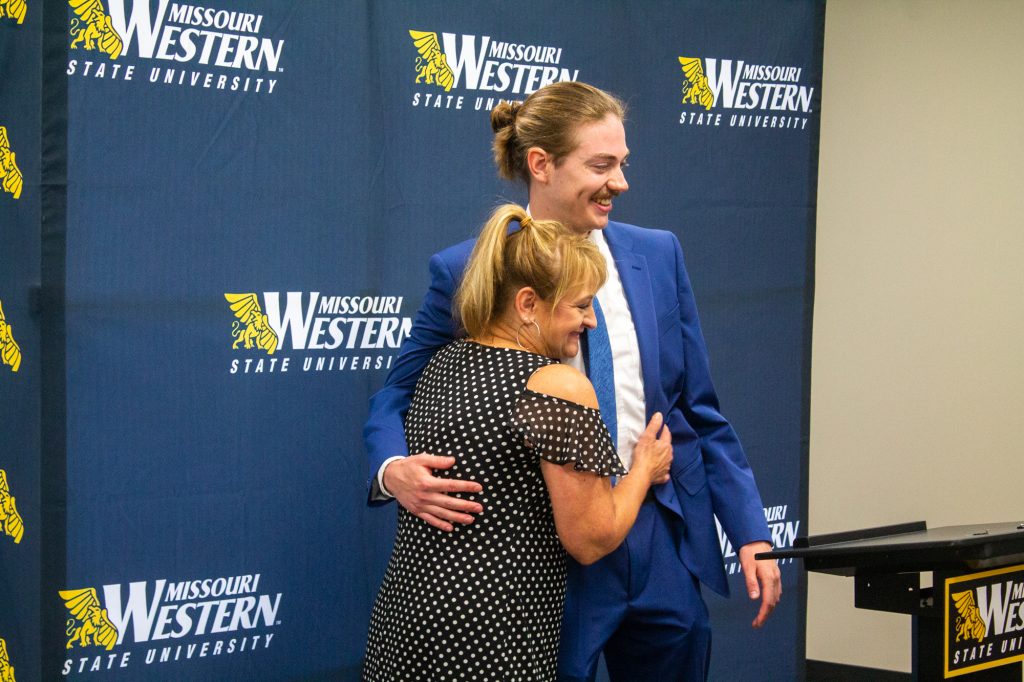 June 3, 2022–Josh Hegeman, a 2022 graduate of the Craig School of Business at Missouri Western State University, was awarded an out-of-state Auntie Anne’s pretzel franchise in the latest competition sponsored by Missouri Western’s Center for Franchise Development.

“I am honored,” Hegeman said. “It’s been a lot of hard work, and I want to thank everyone who helped me through this journey, everyone here at Missouri Western, thank you for helping build me up to get to this point. I’m so honored to join the family.”

Hegeman, a management major from Cosby, Missouri, was one of 13 students in a senior-level Applied Business Ownership class this spring. Students in the class prepared business plans, and the two finalists presented their plans to a panel of judges that included Steven L. Craig, creator of the franchise competition, and other business leaders, as well as representatives from Auntie Anne’s and Missouri Western graduates who won franchises in previous years.

“(The competitors) really blew us away today,” said Ross Theesen ‘15, a previous winner who said he and his fellow judges pushed the competitors hard. “We drill them. We care about this program, we want people to succeed. And to make sure that happens, we give them very tough questions. They both did a fantastic job answering.”

At Missouri Western, Hegeman was a senator in the Student Government Association and served as vice president of Alpha Sigma Phi. He has worked at Room 108, Hy-Vee and Pizza Shoppe, and interned at Gray Manufacturing. 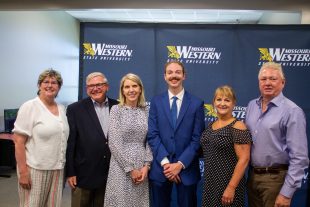 The franchise awarded to Hegeman is the 33rd store to be awarded through the program. Alumni currently own 55 stores across the country, employing roughly 600 people and generating annual sales of a little more than $27 million. The program provides initial capital for the stores, which the alumni pay back over five years. The entrepreneurs also receive ongoing support from faculty members, the Craig School of Business Advisory Council, Craig and each other. Additionally, the owners are expected to donate a portion of their store’s proceeds back to the University. So far, the donations have totaled approximately $315,000.

“This week and this competition is really the highlight of my year,” Craig said. “Helping build America’s future entrepreneurs is really a gratifying experience. I also want to thank the University for the support of the program. It is unique; we’re still number one because there isn’t a number two.”