Previous Next
MWSU names Andrew Carter as Director of Athletics 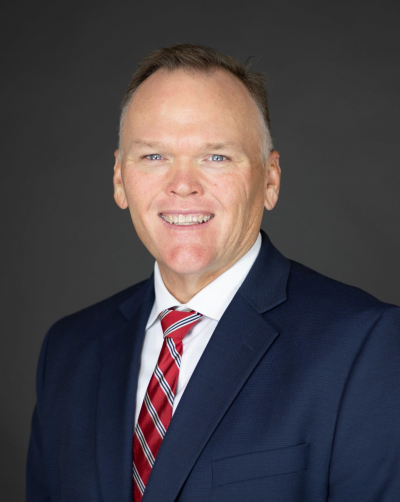 “In visiting with Andy, it was clear that he understands our mission,” said Dr. Elizabeth Kennedy, Missouri Western president. “With 25 years of experience as an athletics director, there is very little he hasn’t seen. He believes in the importance of character and leadership development. Having been a coach himself, he understands better than most the value of the student athlete experience. Andy will be a great fit on my leadership team, on campus and in our community.”

“I’m incredibly humbled and honored to be joining the team at Missouri Western,” Carter said. “This is something that my wife and I prayed about for some time. We feel strongly that this is where we’re supposed to be and it’s an awesome opportunity for us to come home to Missouri.”

He was appointed to the NCAA Division II Membership Committee in 2019 and has served in numerous other leadership roles at NCAA conference levels.

In addition, Carter had a successful baseball coaching career, leading his team at Missouri Baptist University to seven consecutive American Midwest Conference championships, earning seven conference coach of the year awards and being inducted into the Missouri Baptist Athletic Hall of Fame.

Carter is excited about the future of Missouri Western.

“President Kennedy and her vision for the university is attractive,” he said. “Athletically, the Griffons play in a power conference in Division II. The MIAA has a tremendous history.”

Carter attended East Central College, has a bachelor of science degree from Missouri Baptist University and a master of business administration from Lindenwood University.

Carter spent his early years in mid-Missouri and graduated from high school in St. Charles, MO where he met his wife Rena. They have seven children and eleven grandchildren. He’s excited to introduce himself to the community.

“I am relationship-focused,” Carter said. “This is a people business. My focus is on developing people to be the very best version of themselves and help them have the best experience they can have. I’m here to serve people, and that goes for our students, for our staff and coaches, and for our fans.”