Live and Study in Germany
Missouri Western students can immerse themselves in a foreign culture and improve their language skills by participating in an intensive study program in Bamberg, Germany. With approximately 75,000 inhabitants and over 1,000 years of history, the beautiful Baroque city of Bamberg was declared a World Heritage Monument by UNESCO. Because of its historical townscape, Bamberg illustrates the development of a medieval city, yet incorporates aspects of modern life within its borders. 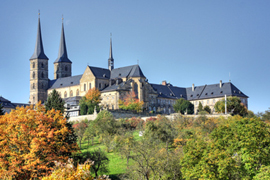 Missouri Western’s exchange program with the Otto Friedrich Universität in Bamberg enables students to study for a semester or academic year for the same cost as attending MWSU. The fall semester runs from October to February, and the spring semester runs from April into July. Missouri Western students may enroll in courses in German language and culture. Completion of 12 hours of course work in German will count toward the requirements of the German minor.

Since English is widely spoken throughout Germany, a variety of courses are offered in English in disciplines such as computer science, economics, business administration, political science, sociology and psychology. In addition, students are able to participate fully in campus life, attending lectures, film series, and student-organized events.

The International Office at the Otto Friedrich Universität provides assistance to international students with regard to enrolling in classes, finding housing and taking care of practical matters. Every year, this institution hosts an average of 250 foreign exchange students. Before the semester starts, the university offers a three-week intensive course in German language. During the semester, students may participate in excursions throughout the region. The International Office also helps future exchange students contact student leaders on campus in order to get a better sense of student life in Bamberg. 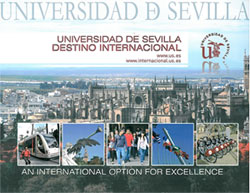