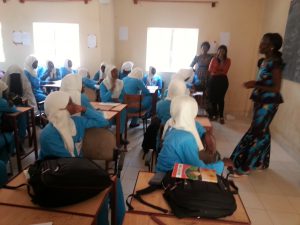 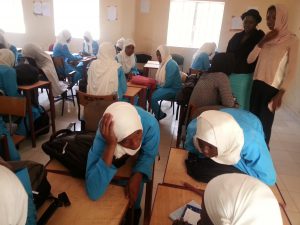 These girls are getting an education. Not all girls are so fortunate. This is a global issue. Child marriage is a related issue we struggled with in the Law Clinic in The Gambia. The Gambia law clearly requires a person to be 18 to marry, unless Sharia law is interpreted to provide an exception. This potential conflict of laws may need to be resolved in the courts. Unfortunately, child marriage is clearly legal in the United States, even though child marriage violates international laws the U.S. has agreed to.

“The Convention on the Elimination of Discrimination against Women provides for the Prohibition of Child Marriage in Article 16.3 While child marriage per se is not referred to in the 1989 Convention on the Rights of the Child (CRC), the Convention contains a provision calling for the abolishment of traditional practices prejudicial to the health of children. In addition, child marriage is connected to other children’s rights, such as the right to express their views freely, the right to protection from all forms of abuse, and the right to be protected from harmful traditional practices and is often addressed by the Committee on the Rights of the Child. The CRC prohibits States parties from permitting or giving validity to a marriage between persons who have not attained their majority. In the context of the Convention on the Rights of the Child, ‘a child means every human being below the age of 18 years unless, under the law applicable to the child, majority is attained earlier.'”