The Iffert Award recognizes an alumnus/alumna, retiree, or other friend of the University who has shown outstanding and continuous commitment to Missouri Western State University’s mission, vision, and legacy.

This award recognizes one’s service as a positive liaison between the University and the region of Northwest Missouri as well as consistent dedication to the advancement and preservation of Missouri Western State University.

All of the Missouri Western State University Alumni Awards are awarded to nominees through a rigorous selection process and at the pleasure and discretion of the Board of Directors of the Alumni Association.  All recipients of the Alumni Awards and their accomplishments are intended to reflect the values, excellence and integrity of Missouri Western State University. 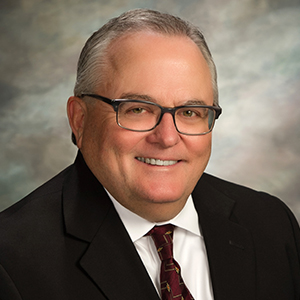 Drew has been very involved in Missouri Western, including serving 12 years on the MWSU Foundation Board of Directors and helping with events in the Center for Multicultural Education. He is currently serving as the chair of the Missouri Western Arts Society Council.

His involvement in the community includes a list too long to name. “The community won’t improve if people don’t put their shoulder to the wheel and get involved. I’m trying to be the best community member I can be.”

Drew, a native of Philadelphia, earned bachelor’s degrees in biology and German at North Carolina Central University in Durham. He was drafted into the U.S. Army in 1966 and served until 1992, retiring as a Lieutenant Colonel.

His military service took him all over the world, and he received the Legion of Merit and the Bronze Star Medal. While in the service, he graduated from the U.S. Army Command and General Staff College with the equivalent of a master’s degree. 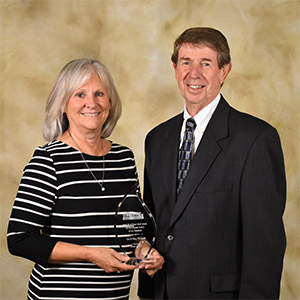 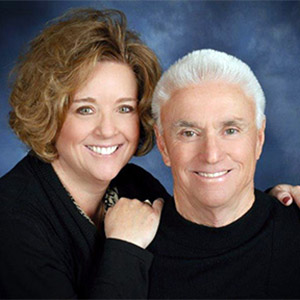 Jerry '71 and Linda Myers
About Jerry and Linda

For Jerry ’71 and Linda Myers, it’s all about the Griffons. They have been faithful supporters of Missouri Western Athletics for more than four decades.

It all started in 1973, when Jerry became sports information director for Missouri Western and served in that role for six years. In fact, it was he who created the Griffon logo that is still in use today.

When son Jay ’89 played baseball for Missouri Western, the Myers continued attending games even after he graduated. You can be sure you’ll see Jerry and Linda at home games of several sports, but they can often be found at away games, as well.

Jerry stepped down from the Gold Coat board this past year after serving on it for 30 years (as president some of those years). He remains a longtime member of the Athletics Hall of Fame committee. 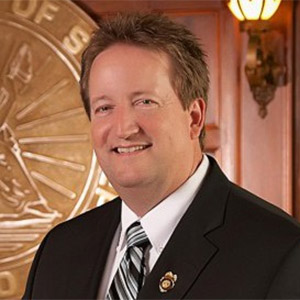 Hon. Falkner has served on the St. Joseph City Council since 2006 and as Mayor of the City of St. Joseph since 2010. He is an avid supporter of Missouri Western, identifying many opportunities over the last five years for the University and City to work together.